By Jo Faragher on 31 May 2013 in HR transformation, Careers in HR, The HR profession 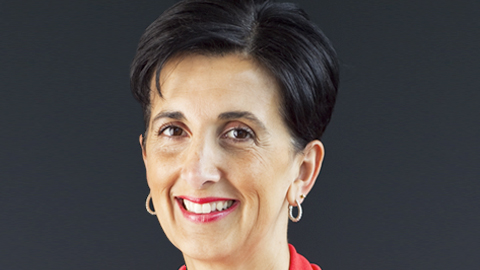 As the HR director for attractions company Merlin Entertainments Group, which has a turnover of more than £1 billion, you’d expect Tea Colaianni to be busy. But just listening to her to-do list is exhausting: from early morning calls to Australia to discuss the opening of new attractions to late evening teleconferences with her counterparts in the US and Canada, Colaianni appears to have endless reserves of energy.

It is thanks to that stamina and commitment that she gained the coveted title of HR director of the year at last year’s Personnel Today Awards.

When Colaianni joined the company, which owns popular attractions such as LEGOLAND and the London Eye, in February 2010 it had already completed a string of acquisitions. These included the 2007 buy-out of the Tussauds Group, which has helped to make Merlin second only to Disney in terms of worldwide visitor numbers. Merlin now runs 98 attractions, seven hotels and two holiday villages in 22 different countries, attracting 54 million visitors annually.

But with such rapid growth, Colaianni says she and her HR team faced a daunting challenge: “By the time I joined it was clear that, while those attractions had been integrated from a commercial perspective and brand perspective, not much had been done in terms of integrating them from a cultural or broader human resources perspective.”

Employees in different attractions, even if they were in the same country, were operating on different terms and conditions and in separate pension schemes, and were often following conflicting policies or procedures. She says: “It was quite obvious we had to break that.”

Before she could embark on bringing these disparate cultures together, as well as deal with further acquisitions in the pipeline, Colaianni first had to address the structure of her own HR team.

“We had a very small team, who were trying to do everything,” she says. “People were being pulled in all sorts of directions and there was a lot of firefighting. It wasn’t the right structure. Right now, we have a clear structure, a clear strategy – we know what we’re doing and why we’re doing it, and we’re totally aligned to the growth of the business.”

For a company that employs around 22,000 staff, the core HR team is still relatively small. There are 16 people in Merlin’s group HR and they oversee 18 divisions across three operating groups. Each of these divisions has its own HR team that handles day-to-day operational issues such as recruitment and induction. The role of Colaianni and her team is to set the strategic direction of the HR function and coordinate all of the HR activities and initiatives, after which each division will implement those on a local level.

Before joining Merlin, Colaianni had led other transformation projects, including bringing together disparate geographical teams at Global One, the now defunct joint venture between France Telecom, Deutsche Telekom and Sprint.

“There were some similarities there in terms of taking people from different parts of the organisation and integrating them into the company,” she says. “Here, it was clear that Merlin had acquired all of these companies and we had to integrate them into one way of working.”

The lynchpin of this harmonisation programme at Merlin was the launch of a new set of company values, known as “The Merlin Way”. When the company acquired the Tussauds Group, HR had attempted to introduce a similar programme, but it had fallen flat.

“In the past, the company had attempted to come up with some common values, but the project had not been able to identify what was at the heart of the organisation and how it was led so it was difficult for the senior team to live it and believe in it. It was just an exercise that didn’t produce the right results,” says Colaianni. “I took a different perspective this time. Before, they had tried to instil the values from the bottom up, but you can’t do that. To really capture the essence of the organisation you need to start with the CEO and the executive board.”

This time, there was no pushback. “People were screaming for it,” she says. “They needed to have something that drew them together. So in a way it was quite easy to start the process of coming up with common values because people were asking for it and because we looked at the way we were and are. Our values are not aspirational; they reflect the way the organisation truly operates and is true to itself.”

Thanks to initiatives such as The Merlin Way, employee turnover is down and engagement scores are at an all-time high of 88%. Ninety-six per cent of staff say they enjoy working for the company. An annual competition where employees submit videos of their own interpretation of the values attracts more than 100 entries from all over the world.

Challenges still to be faced

Three years ago, Merlin announced plans to launch an initial public offering on the London Stock Exchange, and while those plans did not bear fruit at the time, CEO Nick Varney has not ruled out a listing in the near future. According to Colaianni, the company operates as though it were a listed company anyway, and the demands of being a private-equity backed enterprise mean there is constant pressure to deliver a return on every investment.

“Some of the challenges we will face [as a listed company] will be to keep that small company, entrepreneurial mentality we have now,” she explains. “If and when we do list, we need to think about how we help our senior management teams to adapt. There will be a lot of focus on analysts and investors, for example.”

Consequently, one of Colaianni’s key focuses since her appointment has been on executive-level development, including putting every member of the board (including herself) through the renowned Kiddy & Partners’ board development programme.

Something that is of upmost importance to Colaianni is that HR is involved in any key business decisions from the very start. The company is considering a move into India, for example, and HR will go out there with the site search teams to identify any potential employment issues from the outset.

“There is no ‘By the way, we’re opening an attraction on the other side of the world and we need to recruit a certain number of people’,” says Colaianni. “My team is involved from the moment we start to look into a new country. If we’re in the driving seat from day one, we can influence decisions. Something might still come out of the bushes – an acquisition that needs to go through quickly – but now we have the basic processes in place to manage that growth, as opposed to react to it.”

The transformation process is far from over. Last year saw the acquisition of Living and Leisure Australia, which runs nine leisure attractions in the Asia-Pacific region and the Dubai Aquarium. This year it plans to open around seven new destinations and hotels, from a LEGOLAND Discovery Centre in Toronto to a Madame Tussauds in Tokyo. Once again, bringing everyone together into Merlin’s way of working will fall to Colaianni and her teams on the ground, and the ongoing prospect of a stock market listing will keep them busy.

“I expect we’ll see more expansion, more growth,” she concludes. “But we also need to achieve more consistency in certain areas. We have lots of people who are great at rolling up their sleeves and throwing themselves into projects, but from an HR perspective I’d like a little bit less reinventing the wheel and more learning from others’ mistakes. We have so much experience in the business so there’s no point trying to do something new every time.”

Find out more about the 2013 Personnel Today awards and submit your own entry.