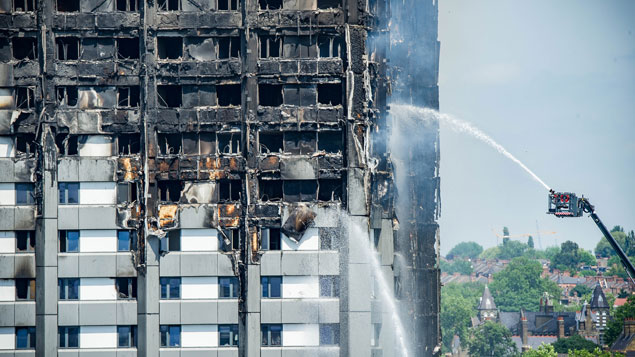 The coroner leading the Grenfell Tower fire inquest has urged the NHS to set up a long-term screening programme for the emergency workers and surviving residents who were exposed to smoke and dust.

In a letter to NHS England chief executive Simon Stevens, Dr Fiona Wilcox said that those involved in rescue and clear up efforts may have been exposed to “multiple toxic substances”, as the building was known to have contained asbestos.

She said it was “of real concern” that no screening programme had already been set up to monitor the health of those who survived the fire, particularly children.

Asbestos was known to have been present in the building’s textured ceilings and airing cupboards. If inhaled, it can cause serious respiratory diseases including mesothelioma, lung cancer and asbestosis.

The letter said: “Without an appropriate system of health screening, there is a risk that illness may arise unnoticed or present later in survivors, first responders and site workers, and thus reduce their life expectancy.

The letter also noted that the firefighters involved in the 9/11 attacks in New York have suffered ongoing health problems as a result of the dust and smoke they inhaled.

Emergency workers and survivors of the Grenfell Tower disaster, which took place in June 2017 and killed 72 people, have been offered mental health support by the Central and North West London NHS Trust – though funding for this is only in place until March 2019.

A report released by Public Health England last week suggests that the risk to public health from air pollution around the site is low, with no asbestos fibres detected in the air surrounding the Grenfell Tower.

A spokesperson for the Grenfell Survivors group said: “We are pleased the coroner has backed the calls from survivors and bereaved for the need for long-term health screenings.

“The potential long-term impacts of the fire must be taken seriously. The NHS are just about to start some screenings. We need to make sure this is the start of the long-term healthcare for survivors now and for years to come.”