How to identify illness deception in the workplace 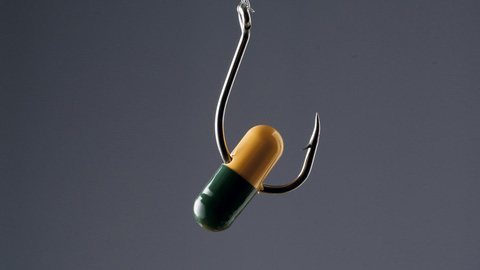 Government assessments of people’s fitness to work have revealed what occupational health practitioners have known for a long time: a minority of individuals that are on sickness leave are only pretending to be ill. Jane Fairburn looks at how occupational health can identify these malingerers.

Government austerity measures have put a greater focus on the costs of delivering state benefits. The Work Capability Assessment (WCA), the main assessment for employment and support allowance claims, and the fit-for-work tests, a tougher test for benefits eligibility, have been criticised for being too soft and too hard in equal measure.

A Guardian newspaper article claimed “it’s the tests that deceive, not the people claiming benefits”; and “think of a 16th-century witchcraft trial, take away transparency and public approval, and you have it about right”.

While the author of the Guardian article cites cases of those with serious mental health disorders being assessed too rigorously, others who were receiving benefits and were assessed fit for work could be seen as misusing the benefits system.

I would assume that every occupational health practitioner has dealt with cases of illness deception in their everyday practice to a greater or lesser extent.

The Government’s “Sickness absence review”, published in 2011, recommended that responsibility for signing fit notes be removed from GPs’ remit and passed over to an independent assessment service. Another main recommendation is that the worst performing parts of the public sector act to achieve the best standards.

It seems reasonable that any change to how the health of the working-age population is managed must have occupational health specialists at its centre and this demands a fresh approach from the specialism (Black and Frost, 2011).

In order to provide a service that adds value, it has become common practice for occupational health to challenge GP decisions on suitability for work; and it is the employer’s prerogative which advice they take into account. GPs are self-reported advocates of the “patient” whereas an OH professional can offer an independent review with knowledge of the workplace and opportunities for adjustments and rehabilitation.

To progress further now, however, it is essential that occupational health provides a balanced assessment to be fair to all parties – including those who are unable to achieve employment – so that decisions made are based on the facts of the case.

Illness deception therefore must be considered as a relevant concept for consideration. There can be no doubt that every occupational health clinician has encountered a situation that would fall into this category. However, the move towards a case management approach to return to work may result in a GP referring for an opinion on suitability for work from a practitioner who is not specifically qualified or experienced but trained simply to make decisions on criteria such as the WCA process.

In terms of assessing employees during a period of sickness absence or where presenteeism is an issue, it is important to consider how genuine – or otherwise – the presenting symptoms are, so that a wholly fair approach is taken for the rest of the absentee’s colleagues.

What is illness deception and what is the incidence?

Illness deception has been described (Caro et al, 2005) as the “general concept of ‘simulation’ covering deception, dissimulation and faking as well as that described as ‘malingering’ which refers to the conscious and deliberate invention of a physical or mental disorder, or the attribution of an existing incapacity to an accident or illness which was not actually its cause, in order to derive some personal benefit”.

The same authors cite the Diagnostic and Statistical Manual of Mental Disorders (DSM-IV) definition of malingering as “the intentional feigning or exaggeration of physical or psychological symptoms, motivated by external incentives such as avoidance of work or military service, receipt of financial compensation, evasion of criminal prosecution or procurement of prescription drugs”.

Illness deception is not to be confused with “factitious disorder” (previously known as Münchausen Syndrome) and “somatoform disorder”, which are recognised mental health disorders. The fundamental difference is that the illness deception case aims to achieve an undeserved advantage, which in the workplace might be a payment to which they are not entitled or a less demanding role. This could include both statutory and company sick pay and benefits.

DSM-IV notes that illness deception is not an actual disorder in the recognised understanding of the term and gives the following factors as indicators for suspicion where there is a combination of factors within the presentation:

In the workplace setting, an example that may on occasion fit this model is long-term absence related to a road traffic accident resulting in a whiplash-type injury:

This is of course not to say that all whiplash injuries are illness deception but that there is a reasonable duty to establish if the case is genuine and requiring support and advice or a case of “malingering”, which needs to be highlighted and managed accordingly. It should always be assumed the case is genuine while recognising that this is not always the case.

The existence or incidence of illness deception is not a commonly discussed phenomenon within the occupational health field despite the findings (Poole, 2009) that 8% of all cases studied in a general occupational medicine clinic setting exhibited behaviour in keeping with illness deception.

Poole states that while illness deception may be difficult to detect, objective techniques to improve detection will have benefits for the health economy.

In addition, a report by the Department for Work and Pensions (DWP) (July 2010) presents data on employment support allowance claims up to the end of June 2009 where the person claiming has been found fit for work and has appealed the decision and been heard in the Employment Tribunals Service by the end of May 2010.

This data shows that, to date, 60% of DWP decisions have been upheld. It is reported further that in 37% of cases, the claim was closed before the assessment was complete. While this is not being presented as “evidence” of illness deception, surely it is worthy of consideration?

Some organisations will routinely engage private investigators where claims have been made. Colin Butcher, director of operations at Complete Investigations Ltd, has stated that in his experience 80% of those investigated either had no injury or were exaggerating the impact of an injury for the purposes of their personal injury claim. Butcher reports it is typical for claims of £350,000 – based on clinical findings as well as self-reported symptoms – to be mitigated down to £20,000 due to successfully establishing illness deception.

The DWP website states that in 2010/11 benefit thieves stole an estimated £1.2 billion from public funds, and a part of this relates to illness deception.

Who is best placed to consider a case of illness deception?

Every health professional should be able at least to consider the presence of illness deception as this is the only real route to minimising its impact on employers and wider society. This article, however, is limited to its impact within an OH setting, including case management as well as health surveillance activities. OH policies for health surveillance might include, for example, a comment regarding effort and consistency of results when three efforts are measured during lung-function testing. The conduct of employees demonstrating less than maximum effort could be reviewed where sub-maximum effort or outright malingering was evident in their work.

Identifying illness deception is not a new concept but it has not been a mainstream activity during OH case management encounters. An example of a practice to identify illness deception was examination related to claims for noise-induced hearing tests in the 1990s, which included a button to “add 20 decibels” in order to “catch out” malingerers making false claims of noise-induced hearing loss. In addition, so-called “provocative questioning” is commonly used. This involves asking an individual a question in more than one way where the employee gives different answers at different times. This leads to either a clarification of the situation or supports a position that the employee is (intentionally or unintentionally) giving a less than accurate account of the circumstances.

Anecdotally, it appears that primary and secondary care providers are less motivated to assess for illness deception despite its impact on caseload and fund management.

The main barrier in any setting to considering illness deception is the relationship with the “service user”, which in the case of OH is typically the employee. There must be trust and confidence in OH services in order for them to operate effectively and OH practitioners are encouraged to ask users of the service to give a satisfaction score. The standards of the ISO and the Safe Effective Quality Occupational Health Service accreditation scheme, for example, require both the client (the person who pays for the service) as well as the “user” to be allowed an opinion in relation to their views of the service provided via surveys and feedback forms.

A potentially disgruntled employee who disagrees with the conclusion in relation to his or her work suitability could make a complaint that then demands thorough internal investigation and also the potential for escalation to the appropriate professional body. In this instance, the further investigation is weighted in favour of “protecting the public” rather than the nurse or doctor. The Nursing and Midwifery Council and the General Medical Council have requirements related to health, ability and behaviours of nurses and doctors and exist to protect the public and not to offer support to these professionals.

A further concern is the medico-legal service industry, which positively promotes treatments for all types of disorders through “no win no fee” arrangements for claims. This can result in time being spent managing exaggerated symptoms rather than legitimate health problems. This is recognised in research as a potential barrier to recognition of illness deception.

Other barriers include the time and effort it takes to change attitudes and behaviours in relation to illness deception and whether or not it is in fact considered to be a matter for OH professionals at all.

In reality, the GP may “collude” in illness deception, perhaps with the altruistic intention of “supporting the patient” (Daniels, 2010), whereas the DWP (Revised WCA Handbook, 2011) indicates that “it is important to address any inconsistencies in the typical day history in your justification of descriptors”. It is therefore likely that the illness deception is not addressed by the GP and then open to challenge when the person being assessed is required to attend a WCA. This is a relevant debate for OH in the light of the independent review of sickness absence (Black, 2011). Although the review states it has “taken a hard look at the whole system”, the concept of illness deception is not specifically addressed.

A common theme in the literature on illness deception is the difficulty of discussing or managing it. Halligan et al (2003) conclude: “There is little consensus about what would constitute a coherent assessment of malingering, and base rates have been difficult to establish. Malingering remains a difficult attribution to make, not least since it falls outside the remit of the formal psychiatric classifications. Labelling a person as a ‘malingerer’ however, has significant medico-legal, personal and economic ramifications for both subject and accuser. Viewed in this way, malingering is not so much illness behaviour in search of a disease, as the manifestation of a conflict between personal and social values.”

The following question is worth debating: “Is it possible that illness deception could be considered to be a culture-specific UK disorder and is it appropriate for OH practitioners to become more enlightened?” The risk otherwise is that the WCA and the newly proposed “independent assessment service” will achieve greater and more beneficial outcomes for society than OH.

Williams Z (2011). “It’s the tests that deceive not the people claiming benefits”. The Guardian.

Daniels B (2010). “No, GPs can’t always be objective over patients’ capability for work”. The Guardian.

One Response to How to identify illness deception in the workplace