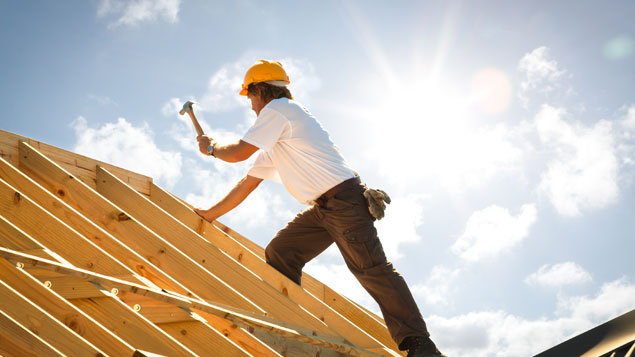 Construction workers’ desire for a sun tan is putting them at risk of skin cancer, a study has found, prompting the need for intervention.

A study measured UV exposure among construction workers at nine different sites across London and Scotland and found that many were putting their health at risk because of the “deeply entrenched perceived benefit of sunlight and a sun tan among the British population”.

The aim of the research, carried out by Heriot-Watt University and the Institute of Occupational Medicine in Edinburgh, was to investigate whether short messages delivered to construction workers’ smartphones, as well as appropriate organisational support, could prompt them to change their behaviour.

Messages were also delivered in winter when people in the UK are sometimes deficient in vitamin D. The smartphone app was successful in prompting workers to take supplements or change their diet during this time, with the proportion of workers with sufficient levels of vitamin D in the first winter period increasing from 48% to 88% and from 52% to 70% in the second.

However, summer messages delivered on the same app, which encouraged workers to seek shade and use sunblock to avoid skin damage had little or no effect on workers’ behaviour.

Among those who worked predominantly outdoors, around 40% of the daily exposures in summer exceeded 2 SED (standard erythemal dose – the measure of UV exposure) over an eight-hour day, while 12% of the exposures for mainly indoor workers were above 2 SED. The International Commission on Non-ionising Radiation recommends that people with light coloured skin do not exceed 0.3 SED per day.

The research, which was funded by the Institution of Occupational Safety and Health (IOSH), recommended that a more prescriptive, risk-based approach is taken to reducing excessive UV exposure among outdoor workers.

Professor John Cherrie, principal investigator on the research from Heriot-Watt University, said: “In Britain we love the sun and having a sun tan, but unprotected exposure to the summer sun can cause irreversible damage to our skin and ultimately may lead to a diagnosis of skin cancer.

“Every year there are more than 3,000 cases of skin cancer caused by outdoor work in construction and other industries. Our desire for a tan is stopping us from taking proper care to protect our skin from the damaging effects of the UV radiation in sunlight.”