Around 1.5 million people in England are at high risk of losing their job to automation – and women are most at risk – according to the Office for National Statistics.

The ONS analysed the roles of 20 million people and concluded that 7.4% of these were at risk of being automated and potentially replaced. Women had a 70% chance of losing their jobs to automation, followed by part-time workers and young employees.

It defines automation as tasks that are currently carried out by workers being replaced with technology. This could mean computer programs, algorithms or robots.

The probability of automation cited in this analysis is less alarming than the often-quoted research by Oxford academics Frey and Osborne in 2013, which suggested that as many as 35% of jobs in the UK would be at high risk of being automated.

However, the proportion of jobs at low and medium risk of automation has risen. The ONS has created a (below) where users can search risk levels for particular occupations.

According to its analysis, the three occupations most likely to be lost to automation are waiting staff, shelf fillers and elementary sales occupations, which it describes as low-skilled and routine.

HR managers and directors had a 28% chance “of some or all of the duties and tasks in this role being automated”, according to the ONS. However, there was a 58% risk of administrative roles in HR being automated, putting those roles in the “medium risk” category.

The ONS insisted that it was not a case of “robots taking over”, but rather a case of them being used for routine and repetitive tasks that can be done more quickly via an algorithm or machine designed for a specific function.

It also acknowledges that the automation of certain elements of some jobs has already happened, such as self-checkouts at supermarkets.

Jane Fielding, employment partner at law firm Gowling WLG, echoed this sentiment: “Automation is already with us, for example on petrol station forecourts, airport check-ins and supermarket checkouts,” she said.

“The fact the trend is continuing is no surprise and can be beneficial in industries where health and safety concerns are paramount, such as mining or construction.”

“But there is also evidence that for some things, many consumers prefer to deal with a live person even for some of the jobs identified as high risk in this report – for example, high quality service from waiters and bar staff can make a difference to the consumer experience which they are prepared to pay for.”

Fielding added that the report was “worrying” from a diversity perspective, suggesting that roles most likely to be done by women, young people and part-timers are at high risk of automation. 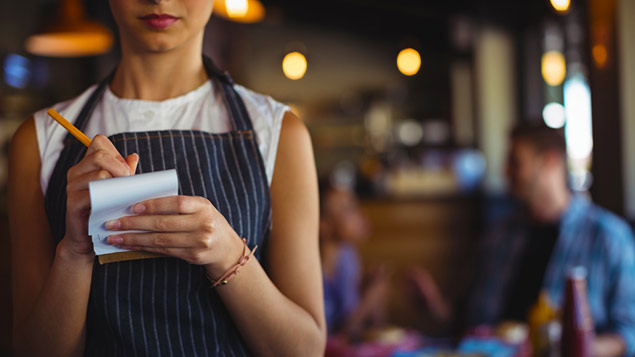 Waiting staff is one of the occupations identified as being at highest risk of automation.

Unleash 2019: How purpose creates a sense of belonging