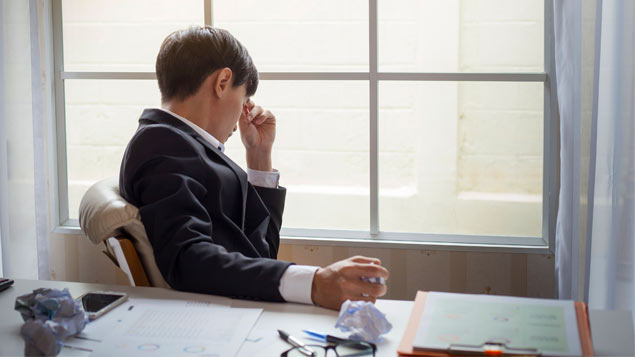 Four in 10 men who struggle with their mental health feel unable to talk to their manager about it because they fear their abilities would be questioned.

Six in 10 (60.9%) men felt they could not discuss their mental health with their manager. The most common reasons for feeling this way included: feeling that their professional abilities would be brought into question (43.8%); thinking their boss does not understand mental ill health (40.6%); and fearing that they would be judged (39.1%).

For 61% of men, their work had affected their mental health so much that they were considering quitting their job.

“There’s a lot of pressure on men already to excel at their job, put in long hours and provide for their families. And clearly, despite more women being in work than ever before, the pressure to be the ‘primary breadwinner’ hasn’t gone away.”

When asked what would make their working lives less stressful, promoting a healthy work-life balance was the most popular response, cited by 54.3% of male workers. This was followed by being referred to a counselling service (39.8%); reducing the pressure to work long hours (36.4%); allowing staff to take time out when needed (31.2%) and having more open conversations about mental health (30.1%).

Biggins said it was vital for organisations to show staff they cared about them. He said: “There’s plenty of ways to do this, but ultimately if you don’t act, you’ll end up losing employees who simply can’t cope with the pressures of the modern working world.”