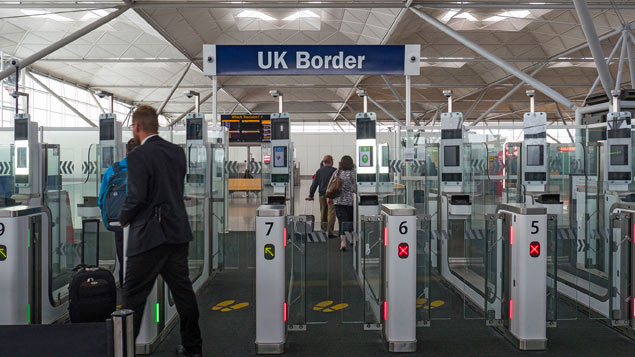 The number of EU citizens moving to the UK to work has continued to fall, prompting business bodies to reiterate their calls for a transition period ahead of any new immigration system so employers can access the labour they need.

An estimated 200,000 people arrived in the UK from the EU in the year to March 2019, the latest quarterly migration figures from the Office for National Statistics (ONS) show. This is the lowest since the year ending June 2013, when it was an estimated 183,000.

The ONS data is now treated as “experimental” after statisticians admitted EU migration to the UK had been underestimated and non-EU migration had been overestimated since 2000.

At 59,000, EU net migration – the difference between people leaving and arriving in the UK – was at less than a third of its peak level of 219,000 in the year ending March 2015. More workers from EU8 countries – those from the Central and Eastern European countries who joined the EU in 2004 – left the UK than arrived.

Matthew Fell, the CBI’s chief policy director, said that the fall in EU net migration combined with low levels of unemployment meant that skills shortages were getting worse.

“Business understands that free movement is ending, but it marks a huge change in the way firms access skills and labour. They will need proper time to adapt to a new system,” he said.

“The announcement that free movement will end immediately in a ‘no deal’ has left employers and their employees asking fundamental questions about what this means for them. They urgently need this clarified.”

The Recruitment and Employment Confederation (REC) called for a managed Brexit transition strategy to protect the rights of EU workers in the UK and ensure that employers could still recruit from overseas efficiently.

Director of policy and campaigns Tom Hadley said: “It is hard to believe that government continues to leave businesses and EU citizens in the dark, with such little clarity on the biggest questions with just 10 weeks to go [until Brexit].

“Brexit uncertainty, the lack of clarity on what no deal means for EU citizens working here, coupled with a weak pound is making the UK less attractive to EU workers.

The announcement that free movement will end immediately in a ‘no deal’ has left employers and their employees asking fundamental questions about what this means for them. They urgently need this clarified.” – Matthew Fell, CBI

“For the UK to have a thriving economy and society, homes need to be built, we need doctors and nurses to run the NHS, and people must be able to access goods and services. This can only be achieved through an evidence-based immigration strategy.”

Gerwyn Davies, senior labour market adviser at the CIPD, said it was surprising that fewer EU nationals were leaving the UK for work given the fall in the value of the pound and continued uncertainty.

“The urgent advice for employers therefore is to ensure that any EU citizens you are currently hiring or plan to recruit arrive in the UK by 31 October.”