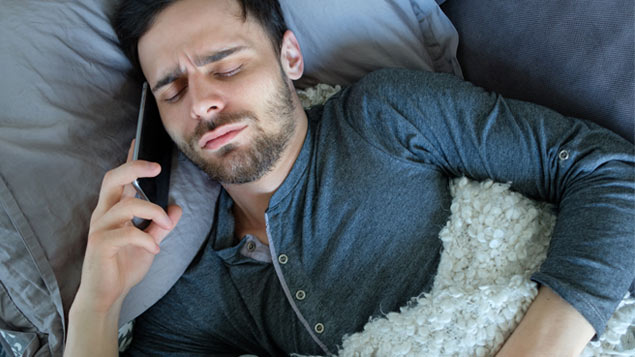 Employers say staff are hesitant reveal why they are off sick if mental health is the reason. Shutterstock

Eighty-eight per cent of organisations believe employees have taken sickness absence because of mental ill health over the past year, but the majority say staff do not tell them this is the reason for their absence.

A survey of 303 organisations that employ more than half a million people found that, on the whole, staff are still reluctant to speak to their employer about their mental health, even when it forces them to take time off work.

Seventy-eight per cent reported that the staff they believed were affected had not always disclosed the true reason for their absence.

Only 21% of the organisations polled by XpertHR had a formal mental health policy or strategy, with 48% running mental health and wellbeing schemes on an ad hoc basis. It said this suggested employers were missing opportunities to intervene at an earlier stage to minimise the amount of time lost to sickness absence.

XpertHR senior HR practice editor Noelle Murphy said: “Mental health is undoubtedly higher up the HR agenda than at any other time. However, much more work needs to be done to ensure organisations have a culture that encourages timely disclosure of mental ill health – this is turn allows for early intervention, that may minimise the length, severity and impact of a mental ill health episode.

“This is the development of skills and competence among line managers, and resources need to be found to do just this.”

However, the results showed an increasing willingness to improve the mental health of their workforces. Almost a third (30%) had appointed mental health first-aiders to provide initial support, while 35% had some form of mental health-related training planned for the next 12 months.