MPs call for maximum workplace temperature to be set 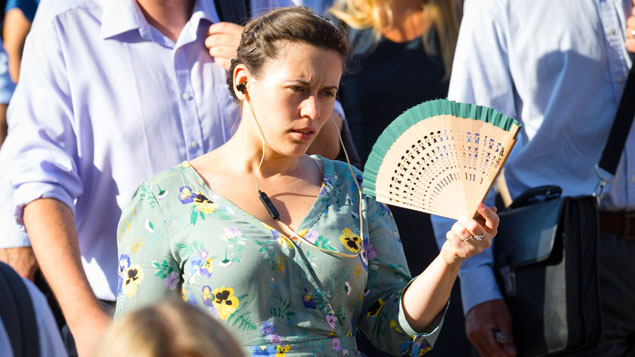 As the heatwave continues across the UK, MPs have urged the government to introduce a maximum workplace temperature – especially for work that involves physical effort.

The environmental audit committee recommended that a series of measures need to be taken to help employees cope with rising temperatures at work including: encouraging employers to relax dress codes, allow flexible working during warm weather and changing building regulations to prevent people from overheating.

Is there a maximum workplace temperature beyond which employees cannot be expected to work?

In a report titled Heatwaves: adapting to climate change, the committee said extreme temperature events in Europe are 10 times more likely now than they were in the early 2000s, which could result in significant economic loss.

In 2010, around five million staff days were lost due to overheating above 26°C, it claimed, resulting in economic losses of £770 million.

The report says: “The government should make businesses aware of the developing threat of heatwaves and the economic consequences.

“[It] should consult on introducing maximum workplace temperatures, especially for work that involves significant physical effort.”

Under the Workplace (Health, Safety and Welfare) Regulations 1992, employers have an obligation to provide a ‘reasonable’ temperature in the workplace. No specific maximum limit has been set, despite the regulation suggesting a minimum workplace temperature of ‘normally’ 16ºC – 13ºC for physical work.

Frances O’Grady, general secretary at the trade union body the TUC, said the recent hot weather has shown the need for a maximum limit.

“It’s great to have support from MPs for this common sense policy, and we hope the government will take quick action.

“Meanwhile we encourage employers to keep on being sensible while the hot weather goes on. Relaxing dress codes and being flexible on working times to avoid the hottest part of the day can make things much easier.”

The committee suggested there could be 7,000 heat related deaths in the UK every year by 2050 if the government does not take action to reduce the developing risk of high temperatures.

Mary Creagh, chair of the environmental audit committee, said: “Heatwave warnings are welcomed as barbecue alerts, but they threaten health, wellbeing and productivity. The Met Office has projected that UK summer temperatures could regularly reach 38.5ºC by the 2040s.

“The government needs to do more to warn the public of the health risks of heatwaves, particularly when they fall outside of the summer period, and should appoint a minister to lead work across government.

“It must change building regulations and planning policies to ensure homes and transport networks are able to deal with extreme heat, and that local authorities and cities have green spaces and heat-resilient infrastructure.”