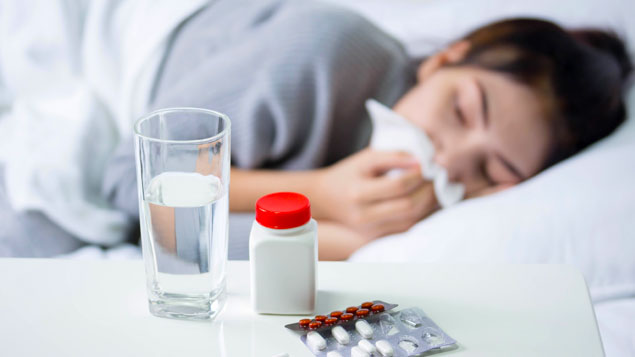 Widespread use of the flu vaccination could save up to £28.9 million in averted sick day costs, in addition to increased productivity at work.

Research by the International Longevity Centre UK (ILCUK) found that the vaccination helps prevent up to 626,000 cases of influenza per year in England and avoids between 5,768 and 8,800 premature deaths annually – which in turn increases productivity through reduced mortality.

Can an employer insist on its employees having a flu vaccination?

The infectious nature of the illness often means employees with the flu are discouraged from going to work, which has an effect on economic output.

Its report – An economic analysis for flu vaccination – found that up to £28,902,536 in sick day costs could have been saved by the flu vaccination when the number of averted cases was applied to the 2017 ONS average employment rate and average daily wage.

However, while almost 71% of those aged 65 or over received the vaccination in 2015, the UK was insufficient in vaccinating “at risk” groups, especially younger adults who are more likely to contract the virus and whom vaccines work best, it claimed. More than six million “at risk” people did not receive the flu vaccination in 2016/17.

Ben Franklin, assistant director of research and policy at ILCUK said: “The flu continues to impose a serious burden on health services, as well as resulting in “productivity losses” due to poor health and sick days.

“Policymakers should take into account the economic as well as the health costs of vaccine preventable diseases when assessing the value of vaccination.”

He said work was needed to improve the efficacy of vaccination among older people, perhaps by offering more ‘booster’ vaccinations.

The average number of days lost to sickness absence fell to 5.6 for each employee in 2017 from 6.6 the year before, according to analysis by XpertHR.

However, the cost of sickness absence per employee increased; employers lost £570 per person on average in 2017, compared with £455 in 2016.

One Response to Flu vaccination saves UK economy up to £28.9m in sick day costs