How the NHS plans to embrace employee health and wellbeing 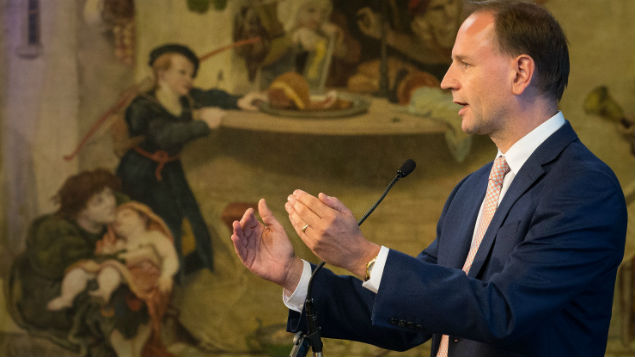 The NHS has a poor record on employee health and wellbeing, which, in turn, has had a disastrous impact on patient care. But the health service plans to tackle this issue with a £5 million initiative. Nic Paton reports.

No one could accuse NHS England chief executive, Simon Stevens, of failing to be candid about how far the NHS needs to come in terms of turning itself into an exemplar of workforce health and wellbeing when he said: “When it comes to supporting the health of our own workforce, frankly the NHS needs to put its own house in order.”

Stevens made this comment in September 2015, at the launch of a £5 milllion initiative to improve the health, fitness and wellbeing of NHS staff in England, which also included offering hard pressed GPs access to a new OH service.

Arguably, however, Stevens had little option but to be candid, as anxiety, stress and depression all appear to be growing problems within the service.

Findings from the Health and Social Care Information Centre; the King’s Fund; the Royal College of Physicians; and figures obtained by the BBC all separately suggested that health and wellbeing was often something seen as a “nice to have” in a service under growing operational, as well as financial, pressure.

Go back further, and the 2013 Francis report into the failings at Mid-Staffordshire NHS Foundation Trust firmly made the link between performance and safety and employee health, wellbeing and morale. The 2009 Boorman report made a clear connection between staff ill-health and absence and poorer health outcomes.

Public Health England (PHE) has put the cost to the NHS of staff absence at £2.4 billion a year, accounting for around £1 in every £40 of the total budget.

And Stevens, to his credit, does appear to be grasping this particular nettle. His October 2014 Five year forward view for the NHS highlighted how health and wellbeing would be a key priority for the future. In particular, he said that the NHS would be working with the Faculty of Occupational Medicine to strengthen OH, and access to OH, within the service.

Stevens has now announced a plan to tackle the problem. Predictably, the mainstream media focused on staff being given access to Zumba classes but, in truth, what Stevens has outlined has the potential to go much deeper than that.

What is being proposed?

Stevens articulated his initiative as being based around three pillars, or strands, of activities.

The first involves 10 local NHS organisations and NHS England committing to six key actions all designed to boost the health and wellbeing of NHS staff.

But Stevens has also committed NHS England to fully implementing PHE’s Workplace Wellbeing Charter, which is a tool that can be used systematically to improve workplace health.

But Stevens has also committed NHS England to fully implementing PHE’s Workplace Wellbeing Charter, which is a tool that can be used systematically to improve workplace health.

On top of this, trusts have been told to ensure that there is a board-level director and senior clinician to champion staff health and wellbeing.

While, for now, the initiative is only within a limited number of trusts, the aim is that the programme will be extended to all NHS employers over the next five years, targeting those with the highest rates of sickness absence and recruitment and retention pressures in 2016/17.

The hope is that the NHS will become a “standard-bearer for workforce health”, as Duncan Selbie, chief executive of PHE, put it in the wake of the programme launch.

“The money saved on reducing staff sickness can be spent on services for the public, and the healthier habits picked up by public-sector employees can be passed on to the people they serve,” he added.

What, then, of the second strand? This is “the launch from April 2016 of a new nationally specified occupational health service for GPs. Last year, NHS England indicated that it intended to cut centrally funded OH services for GPs, so the move is quite an about-turn.

Doctors’ leaders have long been vocal about the need for GPs to be given greater support. In July, the Royal College of General Practitioners warned that stress and fatigue among GPs was putting patient safety at risk. And in May, the British Medical Association (BMA) called for a fully funded GP OH service to be reintroduced, highlighting that nine out of 10 GPs felt that workload-related stress was negatively affecting their ability to care for patients

The new service will build on a range of existing specialist services for doctors, argued Stevens. He cited The London Practitioner Health Programme; the House Concern programme in the north of England; the Somerset Clinician Support Service; and MedNet, a service provided by South London and Maudsley NHS Trust and the Tavistock Centre.

“At a time when the pressures on GPs have never been greater, we need to extend the local practitioner health programmes that have been shown to help GPs stay healthy and get back to work when sick,” Stevens added.

But the new service was given a cautious welcome by the BMA, with GPs committee chair Chaand Nagpaul describing the proposal as “encouraging” but pointing out that it needed to be made available to all GP practice staff, not just GPs themselves.

The third “pillar” of the Stevens initiative is also the least visible. It will see NHS England working with its catering vendors and contractors to discuss how the NHS can improve what it offers staff and patients in the way of healthy food.

Certainly, there is a lot here for OH and wellbeing professionals to digest. The Stevens initiative will, inevitably, be judged on the actual difference it makes on the ground. But it could, in time, prove to be valuable. First, it could provide a visible, direct “best practice” example to others, both employees and employers.The idea of the NHS as the “standard-bearer” for workforce health rather than an also-ran is a compelling one.

Second, the emphasis on senior clinician and board-level champions and training for line managers means that the Stevens programme has the potential to embed real cultural and organisational change.

It also has the potential to change perceptions around the value and importance of good health and wellbeing in the workplace – both within the NHS and (because it is so large and influential) more widely – and how this links to morale, motivation and performance.

If it also encourages the NHS generally to see “return to” (or even “stay in”) work as a more important health outcome than it often does at the moment, that would be an added bonus. However the Stevens programme turns out, keep watching this space.

What the profession said