Employers need to be pragmatic and fact-based and clear in their communications when managing staff, including some in Wuhan, China, who might be put at risk from the outbreak of Covid-19 coronavirus.

That’s according to Gareth Davies, head of health, safety and environment at Nokia, speaking at Employee Benefits Connect yesterday.

Davies had been speaking about HR’s role in supporting flexible working in the digital age and the communication and mental health challenges presented by digital platforms such as Microsoft Teams and WhatsApp. But unsurprisingly, given Nokia’s 103,000 employees in more than 100 countries, Davies was asked how the Finnish telecoms giant was managing its staff with regards to the Covid-19 coronavirus.

It’s like a conversation around flu vaccine – it isn’t just about you, it’s about whether you pass it on to somebody”

Davies’ acknowledged that health and safety professionals often focus more on the safety element of their role – “I stop people falling off towers” he said. He said Nokia, which no longer makes handsets but focuses on telecoms infrastructure, was being “extremely pragmatic and fact-based” and putting the health first in relation to coronavirus.

“Our response has been very much to monitor the professional health advice,” he told delegates in London. “We’re a genuinely a global organisation. We’ve got 15,000 employees in China for instance. We’ve made sure we’ve got consistent messages on the key aspects, but then made sure we’ve got the market or region’s country-specific elements plugged into that.”

He explained that the level of communication was very different around the globe. In the US, he said Nokia had probably sent out two communications. However for “the 180 employees that we’ve got who are stuck in their apartments in Wuhan, we’ve made sure that someone is calling them personally every other day – whether that’s their line manager, HR or safety teams”.

Davies outlined the specific communications to staff who were required to travel, particularly if they’re travelling to countries that have a significant outbreak where there are movement or other restrictions in place.

He said travellers were being asked three specific questions. “Firstly, do you have any underlying health conditions? Cardio-respiratory, immune-suppression, diabetes – anything that makes you more susceptible,” he said.

The second question was whether their close family members had any such conditions. “It’s like a conversation around flu vaccine – it isn’t just about you, it’s about whether you pass it on to somebody,” he explained.

“The third question we ask people is, would it be problem for you if you were quarantined somewhere for 14 days? Because if you were travelling to China or Singapore, if you’re travelling back from there, then there is a fair likelihood that that will happen.”

He added that there had also been general communications around basic hygiene for example in terms of handwashing and blowing your nose.

“From a facilities perspective, make sure all the hot taps are working with soap in all the dispensers. Hand sanitisers look great but actually the best way to wash your hands is with hot soapy water.

“And basic social responsibility – if you’ve got something that resembles a cough or a cold, don’t go into the office. And we’ve got the capability in vast swathes of our business for people to work remotely.”

He added during the swine flu epidemic in 2009, many companies didn’t have the capacity for mass remote working – “VPN networks would grind to halt” – but now we can.

He’d had “pretty straight” conversations where people believed that no one should travel because of Covid-19, but he argued that, if that were the case, people should stop travelling to Africa, India and Latin America.

“Even taking anti-malarials, you’re probably more likely to catch malaria in some of the places we work in Africa than you are of catching this,” he explained. “And if you catch malaria I guarantee it would have greater impact than this.” 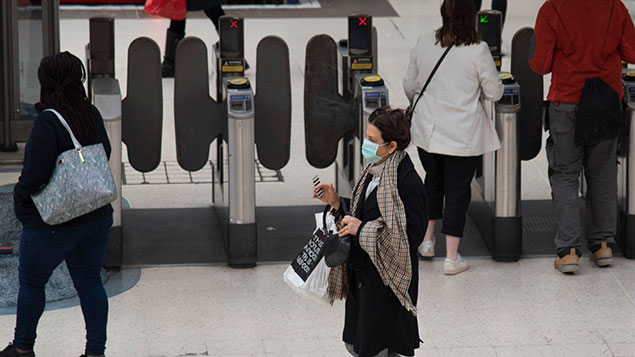