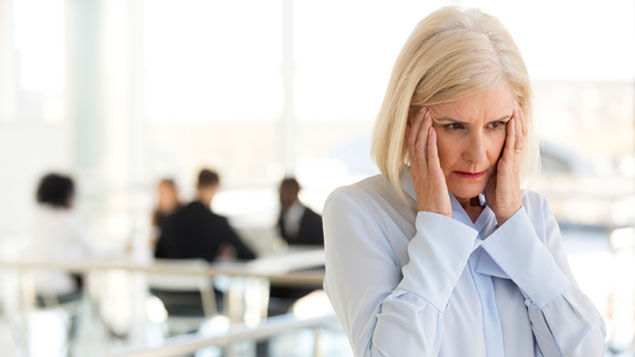 Victims of age discrimination have an increased likelihood of developing mental and physical health conditions such as coronary heart disease, chronic lung disease and depression, according to a study.

Over a six-year period, University College London researchers looked at whether perceived ageism could be linked to ill health.

The researchers found that ageism could be interpreted by the body as a “social stressor” and could result in the release of cortisol and heighten systemic inflammation.

The research, which was published in The Lancet, said: “These behaviours might emerge as possible coping mechanisms when discrimination is experienced. Food, nicotine, and alcohol activate dopaminergic reward pathways in the brain and could provide short–term relief from the adverse psychological effects of discrimination.

“Discrimination can also promote intended and unintended unhealthy behaviours – either by acting as a barrier to healthy lifestyle (e.g, people might avoid the gym for fear of discrimination) or by leading people to engage in such behaviours as a means of coping with or escaping the negative affect that discrimination can evoke.”

Many participants claimed they had faced ageism in medical settings. The research cited previous analysis that found 10% of adults aged 52 and older in England had experienced age discrimination from a doctor.

“Evidence suggests that older patients might not be diagnosed with conditions such as cancer as early as younger patients are, even when there are population-wide screening procedures in place,” it adds.

The paper said there was an urgent need for research to identify how the health and wellbeing of older people can be improved and stated that everybody was at risk of experiencing age discrimination at some point in life.

“Ultimately, our results show the importance of tackling age-related discrimination, the potential benefits of which include improved mental health and wellbeing, maintenance of physical health, and prevention of disease in older adults. Unfortunately, addressing age-related discrimination is not likely to be easy, because ageist stereotypes are pervasive and deep-rooted in society,” it said.