Workers spend 67 days a year sitting at their desks 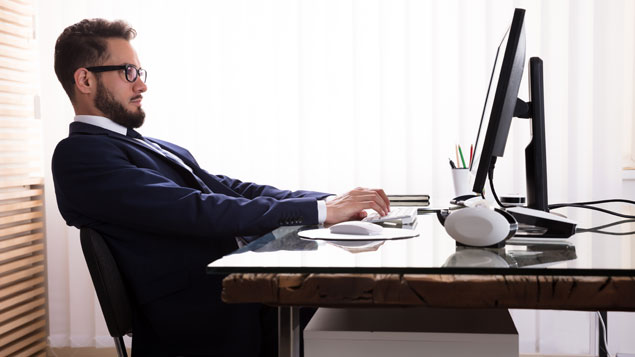 Eight in 10 (81%) office workers spend between four and nine hours a day sitting at their desks – equating to around 67 sedentary days per worker annually.

A survey of 1,250 people who work in an office found that 64% thought their working environment had a negative impact on their health, with a further 45% claiming their employer did not offer the equipment needed to make them feel comfortable at their desk.

The survey results were released by office equipment firm Fellowes after health secretary Matt Hancock urged employers to encourage their staff to hold stand-up meetings and regularly stand at their desks to reduce sedentary behaviour at work.

“Workplaces can make a difference; encouraging breaks, offering standing desks, having standing meetings – which in my experience tend to finish quicker too,” he said at the International Society for Physical Activity and Health Congress in London this week.

A significant proportion (45%) of those who spent most of their working day sitting down said they did so for between six and nine hours. Thirty-six per cent spent four to six hours seated.

Sedentary working was believed to have caused aches and pains at the end of the day for a quarter of those polled, while 26% said it affected their productivity.

Stephen Bowden, an ergonomist at Fellowes, reminded employers of their obligation to monitor the health and wellbeing of their staff.

“Failure to do so can result in injury, illness, as well as poor productivity output,” he said.

“One simple way to do this is by ensuring workers have access to the necessary ergonomic equipment, including sit-stand desks, foot, wrists and back supports, to prevent aches and pains and mental distress.”

A recent study by the University of Leicester and Loughborough University found that employees who were equipped with sit-stand desks and educated about the benefits of standing at work felt more productive and engaged and experienced less back pain and fatigue.