Increase state pension age to 75 to ‘improve health and wellbeing’ 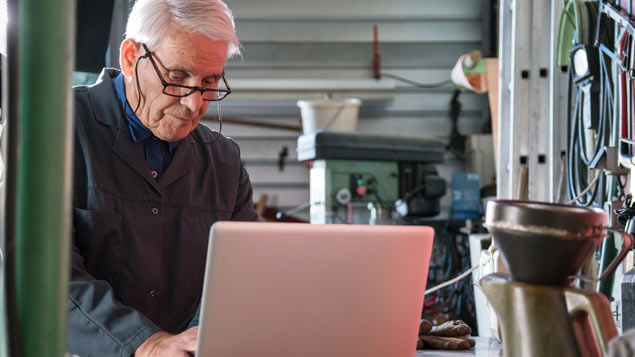 Raising the state pension age to 75 will improve the health and wellbeing of older people, a think tank has proposed. Campaigners and a previous pensions minister have criticised the idea.

The right-leaning Centre for Social Justice said that people would remain fit to work for longer if occupational health support was improved, better healthcare support for those aged 55 and over was implemented and access to training and flexible working was enhanced.

Its Ageing Confidently report recommends increasing the state pension age to 70 by 2028 and 75 by 2035 to help alleviate demand on the UK’s social security system.

The report says: “There is substantial research indicating that working longer has positive impacts on health and wellbeing. For many, work provides structure to life and important social networks that can provide a sense of purpose and self-esteem, as well as supporting health through mental, social and physical stimulation.

“Despite this, it is important to recognise that working up to and past state pension age might not be beneficial for everyone. The benefits of working longer very much depend on the individual and on the quality of work.”

The state pension age is already set to increase to 67 by 2028 and to 68 by 2046. However, the think tank, which was co-founded by former Conservative leader and work and pensions secretary Iain Duncan-Smith, believes a greater and faster increase is needed.

By 2035 more than half of all adults in the UK will be over 50 years of age, according to the Department for Work and Pensions, as older people continue to make up a growing proportion of the population and the workforce.

But the report acknowledges that keeping people in work for longer will not come without challenges. “An ageing workforce still presents certain challenges related to health, including deterioration of visual acuity, hearing loss, decline in respiratory and cardiovascular functions, reduced muscle grip and strength, it says.

“With age, cognitive abilities such as working memory, reasoning and attention have been found to decline. Ageing is the predominant risk factor for most diseases and conditions that limit healthspan. Neurodegenerative diseases are particularly age related.”

Pensions campaigner and former pensions minister Ros Altmann tweeted that forcing people to work until they are 75 would be a “social injustice”.

Good piece in @MENnewsdesk on ridiculous proposals to increase State Pension Age for everyone to 75. https://t.co/nQwMS7Mhf1 Helping ppl to work longer is good. Forcing them to is a social injustice. If you're healthy and wealthy enough you can wait, but what if youre not?!

Jan Shortt, National Pensioners Convention general secretary, also dismissed the CSJ proposals: “There is no way we’d support working until you are 70.”

She said people “don’t want to be dying at work or dying just after they get their pension,” and added she feared there would be men and women who would be too unwell to work but too young to get a pension.

“By increasing the state pension age, we can help people stay in gainful and life-enhancing employment while also making a sound long-term financial decision.”

The report recommended that GPs are better trained in occupational health, including sickness certification, and that mental health support for older people is improved.