Half of workers with cancer unaware of employers’ legal obligations 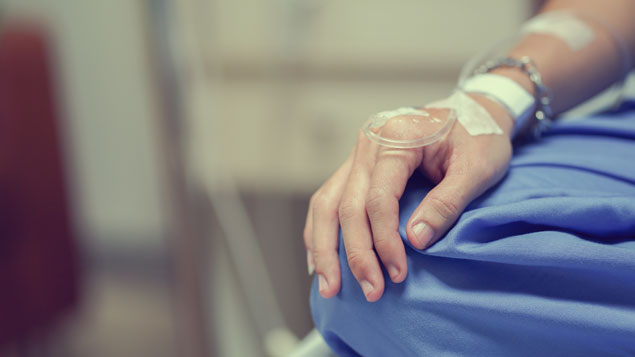 More than half (53%) of employees living with cancer do not know that their employer has a legal obligation to make reasonable adjustments for them to return to work, according to Macmillan Cancer Support.

The charity urged employers to be prepared properly to support staff through cancer by offering them flexible working arrangements and time off for medical appointments.

Is an employee whose cancer is in remission covered by the Equality Act 2010?

It said people of working age now made up more than a third (36%) of those living with a cancer diagnosis, and getting a new diagnosis was becoming as common a milestone as getting married.

According to the YouGov survey of 1,000 cancer patients commissioned by the charity, around one-fifth (18%) of people who returned to work after their diagnosis claimed they had been discriminated against by their employer.

One such worker, who was diagnosed with Acute Myeloid Leukaemia, said his employer often scheduled important meetings on days he was working at home, or told him he had to be at the business’s head office to meet clients.

On a day off for his cancer treatment, he was told his role was no longer needed as part of a company restructure.

Macmillan’s campaign – Cancer isn’t fair but your boss has to be – aims to raise awareness of employees’ rights if they are diagnosed with the condition and provides line managers and HR professionals with a range of resources to help them assist the affected staff.

Liz Egan, the charity’s lead on its Working Through Cancer programme, urged employers to stay aware of their obligations under the Equality Act and ensure they had policies in place to support their staff.

She said: “Staying in work is important to the majority of people as it helps to retain a sense of normality that is essential to their emotional and physical wellbeing during cancer.

“We know, however, that employers cannot face this challenge alone, and the Government must include the needs of people with cancer in their policies on health and work.”

A recent study by Cancer Research UK and several other organisations found that more than a third of cancer cases could be avoided by making healthier lifestyle choices, such as exercising more and avoiding prolonged UV exposure and processed meat.

NHS England also announced it is to roll out new “one stop shops” designed to speed-up cancer diagnosis across the country.

Rapid diagnostic and assessment centres are being piloted in ten areas as part of NHS England’s drive to catch cancer early. People with vague, non-specific symptoms, such as unexplained weight loss, appetite loss or abdominal pain are often referred multiple times for different tests for different cancers, but these new centres will help end this cycle, it argued.