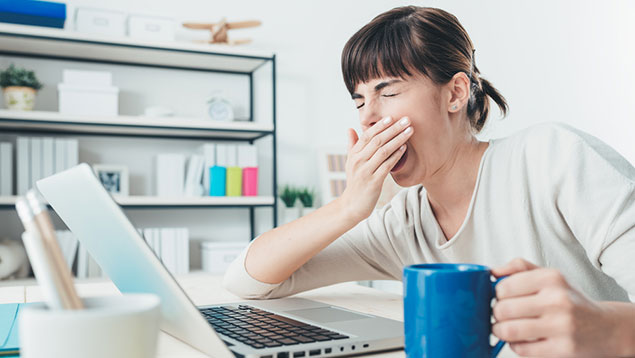 UK employees work an average of 6.3 hours per week without pay, a new report has found, just as employers must start adding more information about time worked to payslips.

The study of more than 1,400 UK employees by ADP found that two 66% regularly worked longer than their contracted hours, with respondents averaging more than six unpaid hours each week. This was worth £5,038 to each employee a year.

Businesses drag their feet over presenteeism

Mental health presenteeism on the rise

From 6 April 2019, payslips have to include information about the number of paid hours an employee has worked – but only in situations where “the amount of wages or salary varies by reference to time worked”. The proportion of employees carrying out unpaid work who will be affected by this change is as yet unclear.

A culture of long hours and presenteeism remains pervasive in UK work culture, the Workforce View in Europe 2019 found, despite the abundance of discussion around work-life balance and flexibility.

The report’s authors contend that with UK productivity still lagging behind other major economies, unpaid overtime was very much part of the problem.

Last year, a CIPD study revealed that presenteeism in the UK had more than tripled since 2010 and that only a third of employers was acting to reduce it. Nearly 90% of employers said they had observed staff coming to work despite having illnesses which should have kept them away.

Jeff Phipps, ADP managing director, said: “Stagnating productivity is a huge challenge in the UK, yet employers are still encouraging a culture of long hours and presenteeism, despite evidence that it doesn’t work,” said .

“Employees perform at their best when they are engaged, healthy and motivated, with a fair and transparent reward for their efforts. In contrast, such high levels of unpaid overtime will only leave employees at risk of burn out, with negative long-term impacts for both productivity and performance.”

The study found that unpaid overtime was highest in the IT and telecoms sector, where employees worked an average of 8.6 hours for free every week.

Unpaid work was particularly noticeable in London, where employees worked 8.4 unpaid hours per week, significantly more than in other parts of the country.

Employees early in their careers were most affected, with those between the ages of 16 and 34 working an average of 7.6 hours unpaid overtime every week, compared with 5.5 hours for those over 35.

“It’s the role of leaders and managers to set realistic workloads and expectations for employees, while ensuring they have the resources and support to reach their objectives within contracted hours,” said Phipps.

“Action is needed to shift the focus from quantity of hours worked to quality of output, while giving staff sufficient downtime to recharge and spend time with their families. And if overtime is truly necessary, employers must ensure that the additional hours are both rewarded and recognised effectively.”

Effectiveness may well be reduced by tiredness and overwork leading to more mistakes and tasks taking longer” – Clare Parkinson, Croner

Among other headline insights from the ADP study were the findings that freelancing had lost its allure (the number of employees actively considering becoming self-employed fell 11 percentage points since 2016) and that skills confidence had increased among older workers, but younger employees doubted their ability to succeed in the modern workplace.

Under the new payslip rules employers will have to deliver itemised payslips to every worker on their payroll, not just those classified as “employees”. The proposals, laid out in February last year stem from the Taylor Review and aim to to increase transparency in the employer-employee relationship.

Clare Parkinson, pay and reward expert at Croner, said many zero hours and casual workers already received a payslip in the same way as employees so this change wasn’t likely to alter employers’ existing systems.

However, she said: “Having to include the number of hours worked on a payslip is likely to have more of an impact, especially because of the somewhat complicated rules around when the requirement applies and when it doesn’t.

“We may well see employers adding in the extra statistic in all circumstances just to cover themselves. What the new law doesn’t do, however, is provide more protection for workers, in addition to that which already exists, in terms of minimum hourly pay and maximum working hours, against working extra hours for free.

“While employers may believe that the ‘best’ staff are those who are willing to work all hours to get the job done, it may be wiser to consider if this is really the case. Effectiveness may well be reduced by tiredness and overwork leading to more mistakes and tasks taking longer. As well as adjusting processes to accommodate for the new laws on payslips, employers could find they benefit from taking a wider perspective on not only the number of hours which appears on the payslip, but also the number of hours actually worked.”