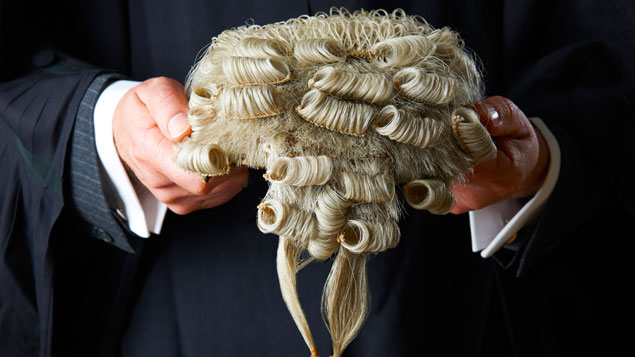 Criminal barristers are experiencing a “mental health crisis”, according to the Criminal Bar Association, with almost half of criminal law practitioners in England and Wales reporting an increase in their workload over the past two years.

The association claimed that the proposed extension of court opening hours and changes to legal fees were likely to place further pressure on a profession already struggling to cope with long working hours and high workloads.

Wellbeing director Sarah Vine suggested that many barristers were feeling “completely despondent and overwhelmed” by the level of work they had to manage, which could have “insidious” consequences for their mental health.

What are the stress management standards issued by the Health and Safety Executive?

How can employers reduce the incidence of employees taking time off work on account of stress?

“I spoke to someone the other day who said in the last fortnight she’d done two all-nighters. That is two nights without any sleep at all and nobody bats an eyelid.

“But that’s incredibly dangerous for your mental health. It’s absurd and mistakes are bound to happen as a result,” she told the Guardian.

A survey of more than 1,300 barristers by the Bar Council found that workload had increased for 40% of respondents in the last two years.

Vine pointed to the increase in the number of historical sexual abuse cases, which she said were taking their toll on the mental health of criminal law practitioners.

Former barrister Becky Owen claimed she left the profession because of “the sheer volume of work and the complete lack of respect for me as a human being”, as well as the absence of support.

“I got sick of arriving home dehydrated, starving and having not had time to go to the loo. It takes its toll.

“There aren’t many people who have to watch videos of two-year-old boys being raped before going home to sleep – and at times for less than the minimum wage,” she explained.

The Criminal Bar Association has partnered with EAP provider Health Assured to offer its members a free and confidential support helpline to help tackle the profession’s mental health crisis.

It has also developed a wellbeing portal, which provides members with self-help programmes, mini health checks and monthly wellbeing webinars.

Similarly, the Bar Council has developed a series of podcasts on a variety of topics – including managing anxiety, addiction and recovering from trauma – to support the wellbeing of barristers.

Rachel Spearing, chair of the Bar Council’s Wellbeing at the Bar working group, said: “Many barristers deal with stressful situations and potentially traumatic trials in the course of their work, and it is therefore important that they process the resulting impact on them in a healthy way.”