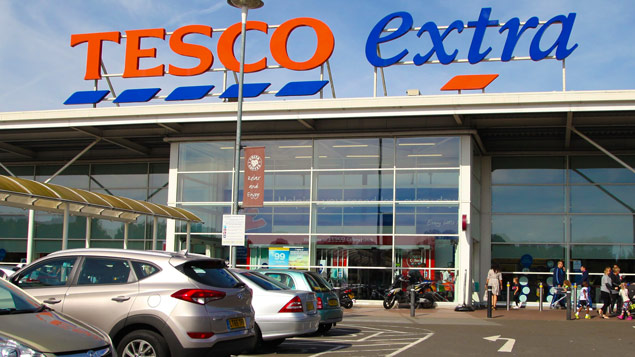 Tesco is implementing new technology that could see its employees working with levels of flexibility more associated with gig economy companies such as Uber. Rob Moss reports on the supermarket’s plans to optimise its workforce.

Tesco needs to optimise its scheduling if it is to make “every hour count”, according to Nigel Fletcher, group HR transformation director for the supermarket, speaking at Oracle’s recent Modern Business Experience event in London.

To delegates from HR and IT, Fletcher explained that to achieve this, there must be less tolerance for spare capacity, which might mean one person with multiple skills, rather than lots of people with one skill.

Acknowledging the growth of the gig economy, he added that increasingly people will work for more than one organisation. “The notion that someone who works for Tesco, only works for Tesco, is reducing.”

What might be possible in the future if more than one organisation can optimise their workforces together? So that we can optimise 5-10% of the working population? Offering people more choice and more flexibility across a wider population.”

Outlining Tesco’s technology implementation of Oracle’s Fusion platform, he said: “At Tesco, as part of our transformation programme, we believe the answer is a more flexible workforce… flexibility that’s good for both our colleagues and our organisation.”

He described this flexibility as beneficial to staff because it allows them to organise their work around their life, and favourable for Tesco because it helps to improve productivity and optimise the workforce.

Tesco’s new scheduling system is currently being implemented with Oracle and KPMG. The system will be straightforward and user-friendly said Fletcher: “Colleagues want queries answered, requests actioned, and changes made anywhere, at any time.”

For example, staff could use the platform to look for overtime while they’re on the move, because they want to work that afternoon.

“I might be watching telly and I want to book holiday there and then,” suggested Fletcher. “Or maybe I’m sitting with my two-year-old at 2am and they’re not very well and I want to log an absence while I am sitting there, rather than having the hassle of having to phone up in the morning.”

Another example is being able to swap a shift: “I need to go to school to see a teacher and ideally I want to do that so I can swap the shift with someone else; I don’t want to do that in a way that will reduce my earnings,” he said.

Fletcher even suggested that staff could work additional hours when visiting a different part of the country. “While visiting my mother, while I am there I might want to stay a few extra days – because I can pick up some extra work in that geography. I have the skillset to work in a store locally, so why don’t I work in that store instead of travelling all the way back?” he asked.

Trust in the system

Fletcher explained that a key objective of the new system is that it is trusted by the workforce. “Overtime has to be fair. It can’t be that if you’re in the right place at the right time you just get some overtime. Our colleagues have told us they want that process to be fair.

“Another one is holiday and the allocation of vacation time during school holidays. That has to be a very fair process to make sure it’s not the same people all the time getting the school holidays off.”

Fletcher then explained how Tesco’s HR transformation is touching all of its workforce, the scale of which means it’s handling some 1.3% of the UK’s working population.

“We believe that by delivering a simple, helpful and trusted experience for our colleagues, that our colleagues will choose to give us more flexibility which will allow us to make our organisation more productive as a result,” he said.

In another reference to gig-style working, Fletcher asked: “What might be possible in the future if more than one organisation can optimise their workforces together? So that we can optimise 5-10% of the working population? Offering people more choice and more flexibility across a wider population.”

Tesco’s scheduling solution, he stressed, has to be underpinned by labour optimisation models that have the necessary complexity to drive really accurate schedules to ensure that we’re giving our customers the experience that we want to.

“We have to have as much complexity built into our labour models as we have built into our supply chain algorithms,” he explained. “We really do see that that’s a huge opportunity for us to bring both colleagues and customers together.”