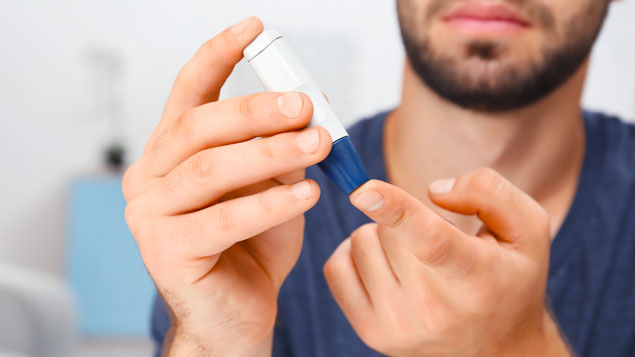 More needs to be done to educate employers about their responsibilities to diabetic workers, it has been claimed, as it emerged that one in five people with diabetes have faced disciplinary action for missing work.

According to glucose monitoring system manufacturer Dexcom, diabetic employees often feel discriminated against at work with almost a third believing the condition has damaged their career.

A survey of more than 800 type 1 and insulin-dependent type 2 diabetes patients found that a quarter had been questioned about the sick days they had taken from work, while 12% claimed they had been refused time off.

One in four said they had to take more than three days off work in the last year to manage their condition. Hospital appointments caused 61% to miss work, 47% had taken time off because of exhaustion and 28% avoided work because of diabetic hypoglycaemia.

Half claimed they worried about taking time off to manage the condition, which affects around 3.7 million people in the UK.

One survey respondent claimed her employer asked for proof of her GP appointments as they believed her diabetes was “just a cover up” for taking time off for other reasons.

But despite the prevalence of diabetes, around half of the survey respondents believed employment laws designed to protect diabetic workers from discrimination were not properly enforced.

The Equality Act states employers should make reasonable adjustments to stop diabetics being disadvantaged at work in comparison with non-diabetic colleagues, which could include adjusting work times, changing their duties and allowing them to take time off if needed.

John Lister, general manager of Dexcom EMEA, hoped the survey’s findings would prompt employers to examine the way diabetic staff were treated by their organisation and colleagues.

“Our research shows that people with diabetes still feel discriminated against in their place of work, to the point that they feel unable to miss work for fear of missing out on promotions or even losing their jobs,”he explained.

“Having to cope with the day-to-day struggle of diabetes is difficult enough, without the pressure that sufferers appear to be under as they try to continue to work and progress in their careers.”

Thirty per cent said they were more embarrassed by having to take a sick day because of their diabetes than for a common cold and 16% would rather tell their employer they had a cold than admit it was because of their glucose levels.