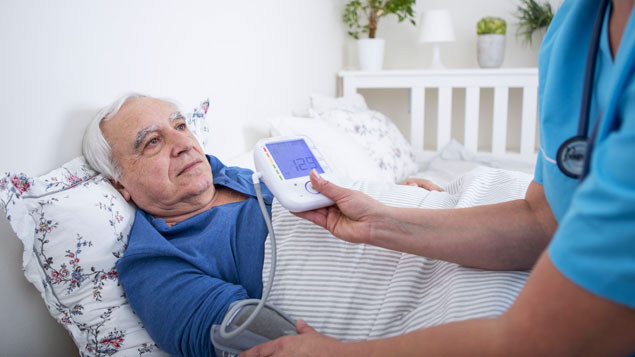 Care workers who sleep overnight at a client’s home are not entitled to the national minimum wage while they are sleeping, the Court of Appeal has ruled.

In its consideration of two similar cases in the care sector – Royal Mencap Society v Claire Tomlinson Blake and John Shannon v Jaikisham and Prithee Rampersad (trading as Clifton House Residential Home), the Court of Appeal found employees who stay at a disabled, elderly or vulnerable person’s house overnight are only entitled to the national minimum wage while they are carrying out their duties – not for the full duration of their sleep-in shift.

Charity Mencap, which appealed against decisions made by the employment tribunal and employment appeal tribunal, said the back payments it and other care providers were previously required to make would have threatened to bankrupt many organisations.

The decision also restores the position that existed before the Department for Business, Energy and Industrial Strategy changed the government guidance to state that sleep-in carers must be paid at least the national minimum wage (NMW) throughout their whole shift, even when sleeping.

Lord Justice Nicholas Underhill said: “Sleepers-in… are to be characterised for the purpose of the regulations as available for work… rather than actually working… and so fall within the terms of the sleep-in exception.

Sleep-in shifts involve significant caring responsibilities, often for very vulnerable people. With too few staff on at night, most care workers are often on their feet all shift, only grabbing a few minutes sleep if they can – Dave Prentis, Unison

“The result is that the only time that counts for national minimum wage purposes is time when the worker is required to be awake for the purposes of working.”

Harry Abrams, solicitor at Seddons, said the decision now meant there was a clear distinction between “working” and being “available for work”.

“We now have confirmation that it is not sufficient for the worker to be at the care home and ready for work if needed but in fact they need to be awake and working (in the ordinary meaning of the word) to be entitled to NMW and for it to count as working time,” he explained.

“Had the decision once again gone against Mencap, they, along with others, were faced with having to pay back pay for up to six years in breach of contract claims and/or up to two years’ back pay for unlawful deduction from wages claim for their current workers.”

Employers that had started paying staff the national minimum wage for sleep-in shifts might choose to stop the payments now, suggested Emma Burrows of Trowers & Hamlins. However, this might result in increased staff turnover.

She said: “Many employers may seek to recover back pay that they have already paid. Many employers are in the social care compliance scheme [which is run by HMRC], and HMRC’s approach will have to change as a result of this judgment.

“Under the scheme care providers had until 31 March 2019 to make back pay payments, which are conservatively estimated at £400m. There is sense in care providers now withdrawing from the scheme, if it continues.”

However, public services union Unison said the Court of Appeal’s decision was at odds with legal precedents. It is considering lodging an appeal with the Supreme Court.

The union’s general secretary Dave Prentis commented: “Sleep-in shifts involve significant caring responsibilities, often for very vulnerable people. With too few staff on at night, most care workers are often on their feet all shift, only grabbing a few minutes sleep if they can.

“That’s why it’s such a disgrace that workers have been paid a pittance for sleep-ins – with some getting just £30 for a 10-hour shift.”

Derek Lewis, chair of the Royal Mencap Society, acknowledged that care workers were given “false expectations” of an entitlement to back pay and many would feel disappointed about the decision.