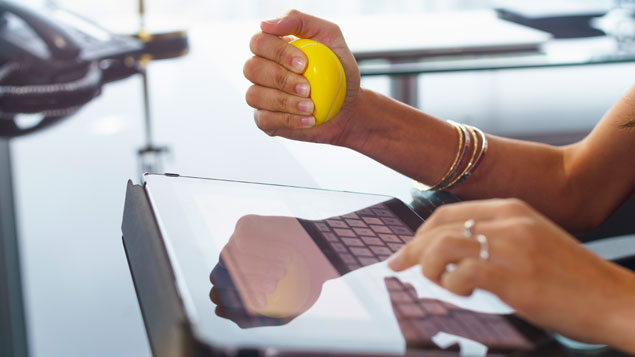 Almost six in 10 employees (59%) feel stressed because of their work, with those in finance, Government and healthcare under the most strain.

A survey of 3,000 workers conducted by employee benefits platform Perkbox found that work was the biggest cause of employee stress, followed by family pressures (45%) and money worries (45%).

Workers in the finance sector were affected the most, with 69% stating they felt stressed. This was closely followed by workers in local and national Government (68%) and health (66%).

Its 2018 UK Workplace Stress report determined that males aged 25 to 34 working in finance in Cardiff were the most likely to feel stressed at work.

Chieu Cao, CMO and co-founder of Perkbox, said: “Those aged 25 to 34 are often not only in a particularly pressured time in their careers as they fight their way up the ladder – perhaps even taking on more work or responsibility in order to prove themselves – but quite often they’ll also be saving to buy a house, organising weddings or even starting a family.”

Overwork was given as the biggest reason for workplace strain (21%).

A quarter said they struggled to be productive when they were stressed and 18% turned to stimulants such as caffeine and alcohol to help them manage.

Cao said the results showed some industries needed to act on reducing workplace stress more than others. “It is particularly worrying that as many as three quarters of the financial services industry workers experience stress.”

The most strained job function was sales: 79% of salespeople claimed that they felt stressed by their work. This was closely followed by HR personnel (76%).

One in five (21%) employees said their organisation offered flexible working arrangements to help combat stress and allow them to manage other commitments including childcare.

Events were organised by 12% of employers and 18% allowed staff to work from home if they felt strained.