Should every weekend be a long weekend? 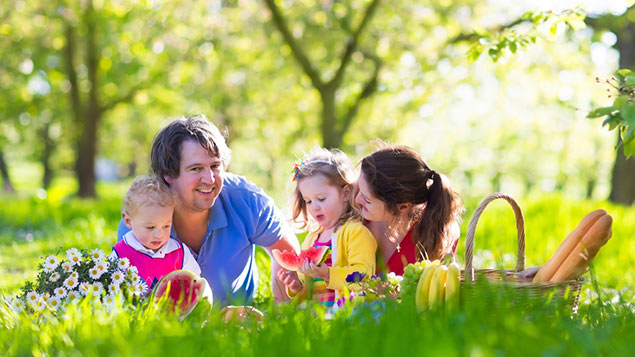 With spring’s four bank holidays fast approaching, it’s easy to get used to the concept of the long weekend. Roisin Woolnough examines the growing support for a shorter working week and potential benefits it could bring.

The Green Party wants to tackle the UK’s long working hours culture and redistribute work and wealth more fairly across society. How does it intend to do that? It mooted the idea of a three-day weekend at its spring conference, a proposal which might be included in its 2020 manifesto.

According to the party’s co-leaders, Jonathan Bartley and Caroline Lucas, everyone has much to benefit from a shorter working week – employers, employees and society as a whole.

Lucas says the UK’s work-life balance needs to be addressed because people are working increasingly long hours, to the detriment of their physical and mental wellbeing.

“What we want to do is take a step back and think, ‘What is the purpose of the economy? What kind of country do we want to be? And do we really want a future where all of us are just trying to work even harder?’”

Employers would benefit too from having a healthier, less stressed workforce – for starters, sickness, stress and attrition levels would fall. There is plenty of evidence that, as Lucas said, indicates that the UK’s long hours culture harms, rather than aids, productivity.

Research by the TUC shows that the UK workforce puts in some of the longest hours in Europe. It revealed a 15% increase in the number of people working more than 48 hours per week since 2010, with many people skipping their lunch break and staying on late at work.

Despite these long hours, the UK languishes behind many of its European counterparts in terms of productivity. Office for National Statistics 2016 figures show that in 2014, UK was sixth in the G7 productivity tables.

German productivity was 36% higher than the UK’s and productivity in the rest of the G7 as a whole was 18% higher than in the UK. That was the largest differential since records began in 1991. Moreover, workers in France and Germany produce more in four days that UK workers do in five.

Working longer definitely does not mean more effective. We are working longer hours in the UK by far and we are burning out” – Sir Cary Cooper

Are German workers so productive because they are putting in a lot of extra hours? On the contrary – Germans have the shortest working week in the EU, followed by the Dutch and then the Norwegians.

Professor Sir Cary Cooper, 50th anniversary professor of organisational psychology and health at Alliance Manchester Business School, says: “Working longer definitely does not mean more effective. We are working longer hours in the UK by far and we are burning out.”

But, it is not just those in employment that the Green Party is concerned about. Bartley and Lucas said the introduction of a three-day weekend would mean more jobs for more people, leading to lower unemployment and better wealth distribution.

Lucas referenced research by the think tank the New Economics Foundation, which claims a shorter working week would help address current levels of inequality in the UK by redistributing work and wealth more evenly.

It cites 21 hours per week as the optimal number (or the equivalent spread across the calendar year), with workers being able to choose to work more or less hours.

If that was the norm for the average week, the New Economics Foundation thinks it would alleviate a whole range of “urgent and interlinked problems: overwork, unemployment, over-consumption, high carbon emissions, low wellbeing, entrenched inequalities, and the lack of time to live sustainably, to care for each other, and simply to enjoy life”.

The trial was, on the one hand, successful in that the employees working 30 hours a week reported feeling happier, healthier and less stressed as a result of working fewer hours and sickness absence rates fell. Plus, patients were happier as the care workers were able to spend more quality time with them and organised many more activities (that’s the productivity bit).

The downside? The price tag – 15 new employees were hired for the two-year period to make up the shortfall in hours, which reportedly cost the centre an extra £510,000 each year.

Although the trial was deemed a success, the participating employees have been put back on their old hours, because of the costs incurred by hiring the extra nurses. But, there are numerous other similar trials taking place in Sweden.

Cooper wonders if the benefits of the trial in terms of improved productivity, happiness and sickness rates actually outweighed those extra costs: “The people working 30 hours a week produced more than those working 40 hours a week – they were significantly more successful. There was a strong health impact and a strong performance impact.”

Cooper thinks the study should have taken the enhanced productivity and reduced sickness absence into account when looking at the overall costs.

Sickness-related absence rates are a big problem for organisations. According to research by XpertHR, the average UK employee took 6.3 days off in 2015 because of sickness. Employers pay a heavy price for these absences – a median of £455 per employee, according to the report.

Cooper thinks overwork is a contributory factor. “People do need rest from the overwhelming pressures of work. We have ever greater workloads – more than ever before. If people consistently work long hours, they get ill.”

There is lots of research that validates what Cooper says. For instance, a 2015 study published in The Lancet included some pretty stark figures: people working more than 55 hours per week have a 33% higher risk of suffering a stroke than those working for 35-40 hours per week.

We need to be looking at the fundamentals of our workplaces, how work is organised and the environments people are working in” – Dr Jill Miller, CIPD

Cooper is concerned that all these studies assessing the link between overwork and ill health are actually misleading. “Working at a central office is one thing, but all these working hours studies don’t add in the use of smartphones. The situation is actually much worse because people are constantly using their smartphones at home and when on holiday.”

Dr Jill Miller, diversity adviser at the CIPD, agrees with Cooper that overwork and workplace stress are big concerns, but she thinks the solution doesn’t necessarily lie in a reduced working week.

“Although I think many people would like to have a longer weekend as standard, it’s the reasons behind the suggested introduction that need to be considered.

“While there’s no doubt that stress and exhaustion are serious workplace issues that cannot be ignored, I think we need to be asking whether this solution would get to the root cause of these.”

The latest research from the CIPD and Simplyhealth found that two of the main causes of stress are actually workload and management style.

Miller says cutting people’s hours would not address either of these two problems. “Instead, we need to be looking at the fundamentals of our workplaces, how work is organised and the environments people are working in,” she says.

While Cooper likes the idea of a three-day weekend, he also thinks employers and HR need to re-engineer working practices. He would like to see far greater emphasis on flexible working, saying that: “Most people want flexibility and that is what will deliver better productivity.”

Dr Gerlind Wisskirchen, vice chair for multinationals at the International Bar Association Global Employment Institute, agrees that a new mindset is needed, one that focuses on performance rather than hours spent at work.

“The future of work is working at any time, from any place. I don’t think it makes sense to reduce working hours because working hours are hopefully not the yardstick of remuneration,” she says.

Wisskirchen is the author of a recent report into artifical intelligence and robotics, which suggests that one-third of graduate-level jobs around the world could be replaced by machines or software.

She says it is unclear how soon machines will replace humans in these jobs and if new ones will emerge as a result of technology: “This report and most other studies show that there will be no job losses from one moment to another,” she explains.

“It is unclear how quickly it will happen – will it be a couple of years or decades? Will jobs shift or disappear?”

If those jobs do disappear altogether and no new ones arise in their place, then the UK and other countries around the world could witness large-scale redundancies and rocketing unemployment levels.

“It’s not far fetched,” says Wisskirchen. Should that be the case, then organisations such as the New Economics Foundation would have an even stronger case for arguing that working hours should be reduced in order to spread employment and wealth more evenly across society.