Money worries have knock-on effect on staff health, a quarter of employers say 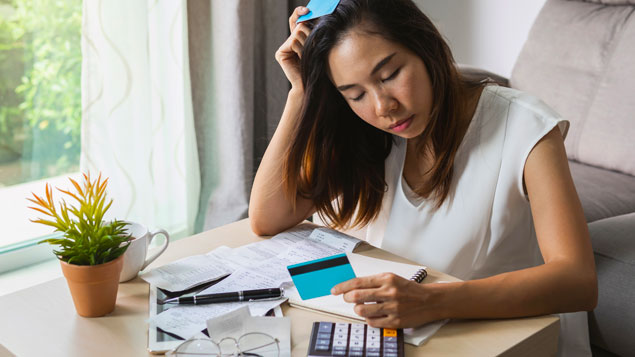 One in four organisations have seen employee health issues arise because of money concerns, yet almost half do not plan to offer any form of financial education.

A survey of 900 employers by financial advice and investment firm Close Brothers Asset Management discovered that 14% of organisations had seen higher absenteeism as a result of poor financial wellbeing among their staff.

Twenty-five percent of those polled said they had seen an increase health problems, which they believed were brought on by employees worrying about their financial situation.

A third (34%) said high levels of stress was a direct consequence of staff not having enough savings, including pensions.

Yet almost half (47%) neither offered financial education to staff nor planned to do so.

Among the roughly 20% of those that did, 14% described the service they offered as “limited”.

Thirty-seven percent said financial education helped improve employees’ financial wellbeing; 6% did so to reduce absenteeism; and 17% agreed it would support engagement with the company’s pension scheme.

Jeanette Makings, head of financial education at Close Brothers, said: “Employers are perfectly placed to help their workforce become more confident and competent in financial decision making, in turn having a direct impact on their financial, physical, and emotional wellbeing.

“Those who receive financial education find it useful in guiding their immediate, medium, and long-term saving decisions. This then frees up employees at work to be happier, healthier, and more productive.”

Separate research by financial education service Neyber earlier this year found that 30% of staff were concerned about their current financial situation, while 24% were worried about later life and retirement provision.

Neyber’s research also found only one in 20 workers would talk to their manager about money worries.

Close Brothers said 36% of employers did not offer financial education, but planned to start doing so within three years.

Individual meetings were the most popular method of financial education among those who offered it, with 37% choosing this.

This was followed by group conferences and workshops (35%); webinars (25%) and an online education platform (23%).