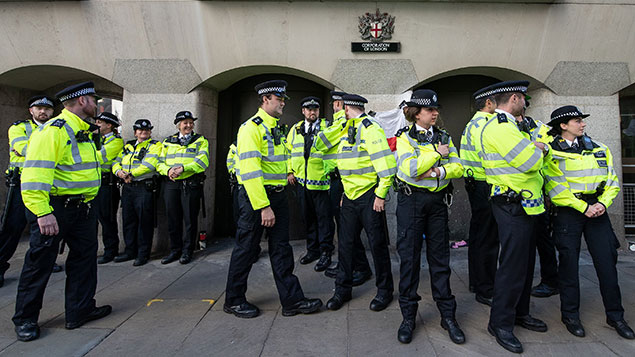 The Police Federation of England and Wales (PFEW) is set to launch legal action over what it has called the government’s latest “derisory” pay offer.

In July the government announced pay rises for more than a million public sector employees which broke the 1% pay cap imposed in 2013.

The police were awarded 2%, meaning that the average salary for a constable would increase to more than £38,600 a year. This was 1% less than the total recommended by the independent Police Remuneration Review Body, which had advised that “the time-limited 1% non-consolidated pay award received by the federated and superintending ranks in 2017/18 should be consolidated onto all pay points for officers at these ranks”.

The body stipulated that the 2% rise should be in addition to the 1% increase.

This has led the PFEW, which represents 120,000 police officers, to request lawyers to begin judicial review proceedings against home secretary Sajid Javid.

Javid described the increase announced in July as the highest consolidated pay award since 2010, but it was later reported that he had told the prime minister that he was “strongly in favour” of following the review body’s recommendation. His letter described the lesser award as the “wrong decision”.

The anger caused by the government’s pay award was reflected in Metropolitan Police commissioner Cressida Dick’s statement to last month’s Police Superintendents’ Association annual conference that the decision was a “punch on the nose”.

She told the conference in Leicester that she did not want the government to “wait until we are struggling like the prison service with chronic under-staffing”.

John Apter, chair of the PFEW, yesterday said: “For the second successive year the Home Office has cheated police officers out of the pay increase they should receive; this year officers are being awarded a derisory 2% increase, despite the recommendation of the PRRB – the independent body established by this government to make evidence-based recommendations on police pay – that it should be 3%.

“In response to this betrayal and based on legal advice, PFEW has instructed solicitors to start judicial review proceedings against the home secretary on the basis that he has stated that the pay decision was a government decision and not his decision alone. Police officers must be treated fairly and have confidence that any independent pay recommendations will be accepted in full by the home secretary.”

He added: “Doing nothing was simply not an option and it is right and proper that we challenge this unfairness legally.”

Shadow policing minister Louise Haigh pointed out that the government’s decision did not chime with the prime minister’s declaration at this weeks Conservative Party conference that austerity was over.

She said: “Theresa May promised an end to austerity in her speech to the Tory conference but a below inflation pay offer is not ending austerity for the police.

“Rank and file officers will feel duped by a home secretary whose actions have not lived up to his words. It’s time he showed some respect and gave police officers the pay rise they richly deserve.”

A Home Office spokesperson said the government was “grateful to all police officers for the incredible job they do” and that the latest pay rise – which kicked in on 1 September – was “the highest consolidated pay award since 2010. And the number of people joining police forces is at a 10-year high which demonstrates policing is still a desirable and sought-after career.

“We are unable to comment, however, on potential future legal proceedings.”