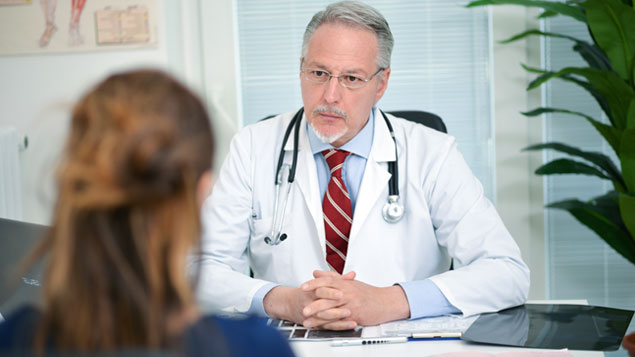 Almost half of workers avoid going to their GP if they suspect they have a bowel problem, with many preferring to look for advice online first.

A survey of 1,001 people commissioned by charity Bowel & Cancer Research found that 77% of 25-34-year-olds would not go to their GP as their first port of call if they suspected they had a bowel issue. Almost half of all adults polled said they would avoid going to their GP at first.

A quarter of all adults said they would rather search for a diagnosis online instead. This proportion increased to 48% among people aged 18-24.

More than a third said they would find it “embarrassing” to talk about bowel problems with their GP, while almost a third admitted to never checking their stool for signs of blood which, if present, might indicate a health problem.

Deborah Gilbert, chief executive of Bowel & Cancer Research, said: “Early diagnosis is key to beating bowel cancer but we know this first step of even talking to your GP can take guts.”

The charity’s “I’ve Got Guts” campaign encourages people to get out of their comfort zone and speak to their GP if they have concerns for their bowel and gut health.

The research and campaign were launched to coincide with Bowel Cancer Awareness Month in April. Broadcaster Jeremy Bowen has also revealed he is undergoing treatment for bowel cancer.

Last year Public Health England announced that screening for bowel cancer is to begin at 50 instead of 60, bringing its screening programme into line with Scotland’s.

It is not just bowel symptoms that people can be embarrassed to talk to their GP about. Earlier this year, Bupa research discovered that embarrassment causes a quarter of workers to delay seeking a formal diagnosis after noticing a potential cancer symptom. On average, people waited two months before approaching a doctor about their “embarrassing” health concern and 40% claimed they would rather talk to their GP over the phone than meet them in person.