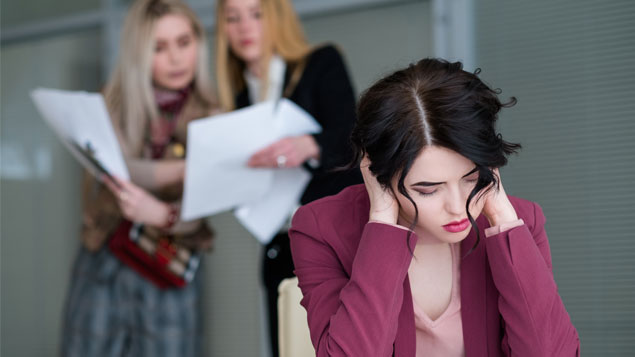 Personal conversations were a distraction for 65% of workers.

Almost half (44%) of office workers say that noisy working conditions have a negative effect on their wellbeing, significantly affecting productivity and stress levels.

Forty per cent of the 1,000 office workers polled admitted noise at work made them feel stressed, while 65% said it affected their ability to complete work in an accurate and timely manner.

Half of office workers’ health ‘impaired’ by their job

The Noise and Wellbeing at Work 2019 survey, carried out by sound masking system supplier the Remark Group, also found 64% often felt they lacked privacy at work.

Fifty-one per cent had overhead a confidential or sensitive conversation, while 70% had heard a colleague who felt upset or distressed. This meant more than half would feel uncomfortable speaking about a confidential matter in the office.

Penelope Harrall, marketing lead at the Remark Group, said: “Roughly half of the UK work in open-plan office environments, a system which was initially designed to encourage communication and collaboration between employees. Yet, with this design comes an increase in annoying and distracting workplace sounds, such as telephone ringtones, sudden bursts of laughter and phone conversations.

“These are proven to be distracting and have profound effects on employee stress levels and wellbeing, not to mention the impact they have on loss in productivity.”

Almost half (46%) resorted to wearing headphones to block out or reduce noise distractions.