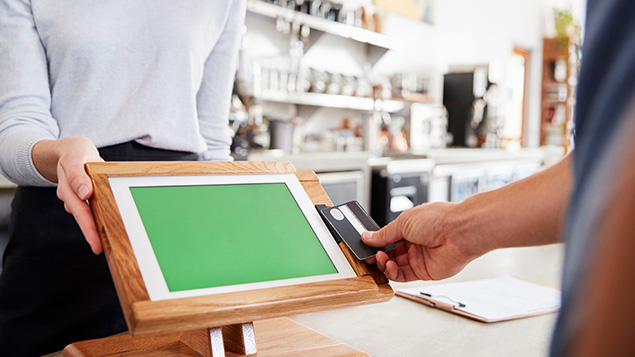 Apps that allow employees to access their salary before payday are attracting high-profile investors and signing up major employers. But does offering a financial lifeline to workers help or hinder their financial issues? Jo Faragher reports.

“It isn’t a loan, it’s money you’ve already earned. And not having to ask for it gives employees a sense of autonomy,” explains Claire Anderson, head of people at Camden Town Brewery. Last September, the company implemented a piece of technology called Wagestream, which allows employees to access up to 30% of the money they’ve already earned before payday, for a fee of £1.75.

In-work poverty and the role of HR

Just under a third of staff have already taken advantage of the benefit, with the average person withdrawing between 15% and 25% of their earned pay during the month.

“We were getting requests for loans or advances and realised people could do with more flexibility over their money,” she adds.

Workers can opt in to Wagestream and it doesn’t touch the company’s payroll system as money is paid into a temporary ledger account. Their salary, after deductions, goes into their usual bank account at the end of the month. Employees can track what they’ve accessed already via an app. “We see a lot of activity towards the end of the month when people would typically reach for their credit card,” says Anderson.

“Earned wage access” tools such as this are attracting increasing amounts of interest and investment. Wagestream recently won a £4.5 million round of funding from a group of backers including Jeff Bezos and Bill Gates. Venture capitalists in the US have invested tens of millions of dollars on a clutch of start-ups including Even, PayActiv and DailyPay. They all work in slightly different ways, but most interact with employers’ time and attendance systems to calculate how many hours an employee has worked and what that is worth.

If someone is living pay cheque to pay cheque, financial education is like giving a starving man a diet book” – Safwan Shah, PayActiv

Employers can set a ceiling percentage for how much staff can access, usually no more than 50% of money that has already been earned. Within that range, employees can set their own limits and sometimes there is a fee for each transaction.

Why is there such a pressing need to access pay before the end of the month? Peter Briffett, CEO of Wagestream, set up the business as an alternative to payday loans from companies such as Wonga – so much so that his employees staged a mock funeral procession through the City when the company went into administration last year.

According to a survey by the Centre for Labour and Social Studies, 20% of British workers have a monthly shortfall of more than £100, and 10 million struggle to keep up with household bills, often turning to payday loans, overdrafts or credit cards to cope. Late fees and interest payments rack up making it near-impossible to get back on track.

“Something like buying school shoes could be a crisis situation for someone and they need the mechanisms to cope with that,” says Heidi Allan, head of insights and engagements at Neyber, a company offering financial education and consolidation loans that come directly from payroll so employees can repay credit directly.

In the UK at least, the notion of being paid once a month is entrenched, despite the fact that employment conditions and contracts are undergoing substantial change as gig-economy-style working grows.

According to the Chartered Institute of Payroll Professionals (CIPP), monthly pay is by far the most common pay frequency. In 2016 only a quarter of companies paid their staff weekly, compared to 2008 when 44% of companies operated a weekly payroll.

“Many employers moved to monthly because it was easier to administer at the time and trade unions didn’t have a problem with it. But then as issues of financial ill health and debt have emerged, it’s become more of an issue,” says Duncan Brown, who leads HR consultancy work at the Institute of Employment Studies.

Employers need to take a step back and help [staff] to get the basics right so they’re on an even keel.” – Heidi Allan, Neyber

Employees needing more financial support is also evidenced by the emergence of new financial players such as Monzo, which offers budgeting tools and the ability to voluntarily block payments to certain sites, or new online tools from traditional banks that offer customers more autonomy over their money.

Concerns about whether salary will stretch to the last week of the month affect productivity, too: research from the Money Advice Service and the CIPD found that one in four employees felt money worries affected their ability to do their job. And while users of these earned wages apps tend to be lower earners, those on higher salaries aren’t exempt from needing support at the end of the month – they just happen to spend differently.

The creators of earned wage advance apps argue that giving employees some flexibility over when they access money they’ve already earned reduces these worries and helps them manage those unexpected financial hurdles such as a new boiler or car windscreen.

“Employers do raise concerns around whether employees will spend all their wages, but we find that when people are given more financial freedom they act more responsibly,” claims Wagestream’s Briffett. Imposing a limit of how much can be accessed reduces the likelihood of employees over-reaching themselves, he adds.

Safwan Shah, founder and CEO of PayActiv – a US-based earned wage access company whose biggest client is Walmart – describes the service as a “guardrail” that helps workers deal with those bumps in the road. Unlike Wagestream, there is no fee per transaction (although there is a subscription charge for every week it’s used) and employees can use it as often as they like up to the percentage that’s been set by their employer. Employees can also transfer the money to a Visa charge card or directly into an Uber journey if they choose.

Some benefits experts argue, however, that dangling the carrot of accessing wages earlier in the month masks the real problem – a lack of financial confidence and awareness.

“It’s still the case that many bigger employers feel they don’t have to offer financial advice because they feel they pay OK,” explains Brown. “Or many employers recognise they need to do something but it’s piecemeal. They need to look at the underpinning issues – have their employees got a debt problem? What’s the nature of it, do they need support to budget? What techniques can we use to address it?”

Brown believes that offering people financial education – particularly face to face – has a “universally positive effect”. Lower paid workers often don’t have the bandwidth to shop around for better deals, so they end up making bad decisions, he adds.

Employers also need to consider these issues when designing and communicating benefits packages, argues Allan from Neyber. “If an employee is struggling to feed their kids, with the best will in the world they won’t value or make the most of a leading benefits package,” she says.

“Employers need to take a step back and help them to get the basics right so they’re on an even keel. Even just being able to see where their money is being spent can help as lots of people don’t realise, as they’re often just using contactless cards so don’t ‘see’ the money.”

Through seminars or online resources, employees can work through situations such as which is better – paying off a debt that’s costing them 40% interest or putting it in a low-interest savings account, she adds.

Getting employees back on track

Jeannette Makings, head of financial education services at Close Brothers bank, agrees: “If you don’t have the fundamentals in place such as budgeting, then anything else won’t be as effective – there’s no plan in place to go against. I worry that apps such as this could help employees in the short term but mask the problem that they can’t fix their monthly budget,” she says.

Makings argues that helping to navigate employees through their finances, firstly by reducing their existing outgoings (vouchers, corporate memberships), then identifying whether there’s room in the budget to start saving, is a more sustainable strategy. Close Brothers’ recent research found that 48% of businesses do not have a financial wellbeing strategy, and of those that do, only 18% describe it as comprehensive.

Not everyone thinks that more financial education is the answer, however. “If someone is living pay cheque to pay cheque, education is like giving a starving man a diet book,” says Shah from PayActiv. “It’s implying you think the IQ of your users is low.”

Briffett from Wagestream disagrees, and includes “just-in-time” financial education in the app, as well as a savings mechanism so if workers get to the point where they do have some spare, they can begin to build a cash cushion. Close Brothers’ research found that, of those organisations that were improving financial education, 30% felt it improved employee productivity, while 24% thought it helped talent acquisition and retention.

Employers investing in these apps might feel they’re doing workers a favour, but Shah concludes that we need to completely change our thinking on pay: “This is not early payment, it’s already been earned. The reality is that businesses are taking a loan from employees for two weeks or a month by paying them in arrears – this is what we want to disrupt and correct.”

8 Responses to What if employees could access their wages early? 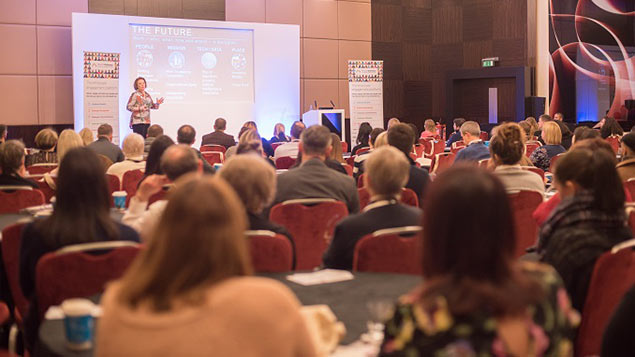 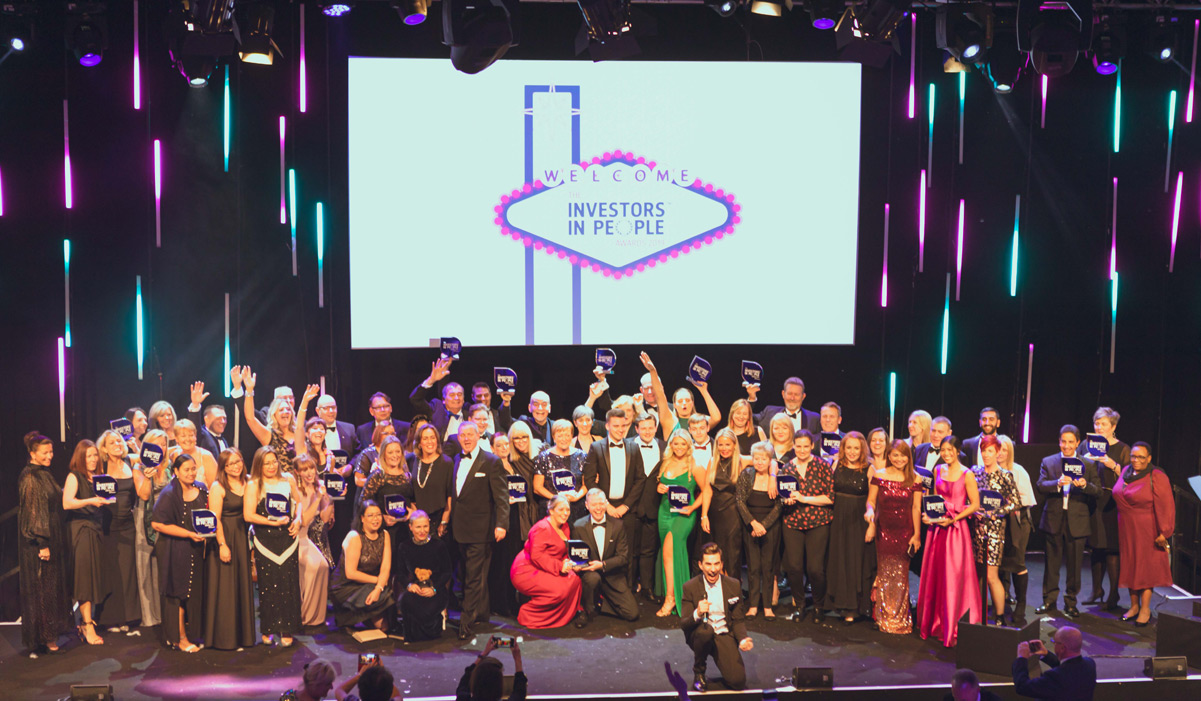 And The Winner Is… The Investors in People Awards 2019!

PROMOTED | Over 750 guests donned their best ball gowns and tuxedos for The Investors in People Awards 2019...