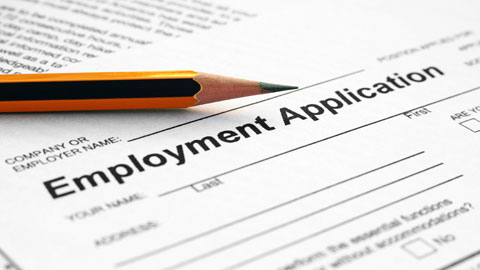 Pre-employment screening still in use

Almost half of job applicants are still asked whether or not they have a health condition or disability at some point in the recruitment process, despite the provisions of the Equality Act 2010 tightening up the circumstances in which pre-employment health screening can take place. According to research by the Equality and Human Rights Commission (EHRC), applicants with a health condition are significantly more likely to be asked how this might affect them at work and whether they would have any problems carrying out an essential part of the job to which they are being recruited.

In 30% of cases where employers ask for pre-employment health information, the EHRC report suggested that it is being requested without providing an explanation or justification related to the exemptions in the Equality Act – for example, as part of diversity monitoring or in order to identify job adjustments. In one in 20 cases, the research uncovers practices that the EHRC is more confident in classifying as unlawful. There is some evidence that private-sector employers using health screening at the pre-offer stage are more likely to target those with a health condition or disability.

Despite the provisions of the Equality Act 2010, the use of pre-employment health questions remains common and, even where potentially allowable questions are asked, job applicants rarely recall being provided with a legitimate reason for the questions or “indeed any reason at all”, the report concluded. People with a long-term physical or mental health condition or illness are “more likely to be asked pre-employment health questions by their prospective employer”, it added.

The EHRC concluded that ­current employer practice presents a ­”significant challenge”, given that a large proportion of organisations believe they already have a good understanding of the Act, despite the fact that what they understand to be good practice may in fact be unlawful.

Perceptions of mental health and rehabilitation

Employees with common mental health symptoms who also struggle with work participation find it particularly difficult to think about going back to work, according to this randomised controlled trial of a job-focused cognitive behavioural therapy intervention. The study of 1,193 people of working age discovered a “strong and salient ­relationship” between illness perceptions and return-to-work expectations. Issues around the ­consequences of their mental ill health, identity and personal control were associated with uncertain and negative return-to-work expectations, the researchers found.

European Agency for Safety and Health at Work (2013). Green jobs and occupational safety and health: Foresight on new and emerging risks associated with new technologies by 2020.

“Green” jobs are not necessarily healthy

Europe is set for rapid growth in the number of so-called “green jobs” in sectors of the economy aiming to help protect or restore the environment. However, the new technologies and processes involved in the expansion of the green economy could put workers’ health at risk, particularly if those performing roles are inexperienced or untrained in the work they perform.

A number of “old” risks are combining with newer ones in “green” jobs, presenting particular challenges for OH. For example, the installation of photovoltaic elements on roofs combines traditional construction risks with electrical ones, according to a new report from the European ­Union Occupational Safety and Health Agency on the health risks in green jobs.

Academics and businesses in Europe have teamed up to develop a free, web-based service to improve health literacy in the workplace. The “Blueprint for Business Action on Health Literacy” is a free toolbox available to employers seeking to develop interventions aimed at employees’ psychological health at work. Health literacy is defined by the project team as the “capacity to make sound health decisions in the context of everyday life: in the home, community, workplace, health system, marketplace and the political arena”.

The blueprint was launched at the same time as the European Network for Workplace Health Promotion produced return-to-work guidelines for people with chronic illnesses, including mental health problems. The guidelines include a six-step action plan for employers and a set of good practice guidelines on chronic illness at work.

Workplace violence in the care sector

A care worker who was attacked five times by a teenager at a residential children’s home has received compensation after injuries left her unable to work. Despite an initial attack, Sandwell Metropolitan Borough Council did not move the teenager to a secure unit until three months after the final, fifth attack on the same care worker. The teenager had previously been identified as high risk before his placement in a residential setting, yet nothing was done to prevent the assaults, according to the female care worker’s trade union, Unison. Injuries to the woman’s arm led to degenerative changes to her right shoulder, which resulted in her being unable to restrain service users, to lift objects or to use a computer for long periods of time.

Back injury and lifting

A member of a surgical team at Derriford Hospital in Plymouth received £21,500 in an out-of-court settlement after suffering a back injury manoeuvring a patient. The 49-year-old has been left with long-term back pain following the accident. Sarah Dowell of Thompsons Solicitors said: “Lifting is a common cause of back injuries and employers must make sure that both training in the correct lifting techniques and an assessment of environment where objects are being lifted are taken into consideration.”

An employee at a firm making electrical generators has received £9,500 in damages after developing occupational deafness and tinnitus after being exposed to dangerous noise levels for more than 25 years. The man’s employer, Brush Electrical Machines, did not provide him with hearing protection until he had been working at its factory for nine years, and subsequently did not enforce the wearing of it. The hearing loss was diagnosed in both ears as a result of a routine hearing test and the employee, who still works for the Loughborough firm, must now wear hearing aids in both ears.