Sedentary working linked to a tenth of deaths 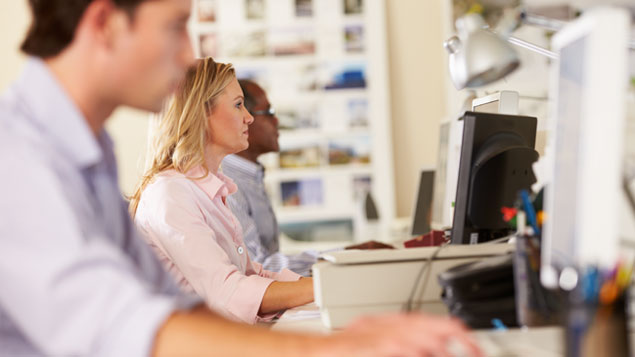 Sitting for long periods of time during the day has been linked to around one in 10 deaths each year in the UK, due to the increased risk of conditions such as cancer and type 2 diabetes.

Sedentary workers who are active outside working hours still at risk

Workers spend 67 days a year sitting at their desks

The researchers discovered that 69,276 deaths could have been avoided if adults had reduced the amount of time they spent sitting each day. This amounted to 11.6% of deaths in 2016.

Figures on sedentary behaviour were taken from the Health Survey for England 2012, which found 30% of adults in England spent at least six hours sedentary each day on weekdays. This increased to 37% of adults on weekends.

Leonie Heron, the project’s lead investigator at the Centre of Public Health at Queen’s University Belfast, said: “We know that spending large parts of the day sitting down increases the risk of a number of illnesses including cardiovascular disease and diabetes. This research has enabled us to put a figure on this, demonstrating the huge cost this has on the NHS and highlights the pressing need to address this issue to both reduce the financial cost and improve population health.”

She said the figures represented a conservative estimate of the true burden of sedentary behaviour on public health, as long periods of inactivity was likely to be associated with other cancers, musculoskeletal disorders and mental health disorders that were not examined by the researchers.

“Many individuals in the UK spend their leisure time in sedentary behaviour, and the workplace represents a significant proportion of unavoidable daily sitting time for many people,” added Heron.

Responding to the research, Christophe Clerc-Renaud, senior sales director EMEA at ergonomic equipment supplier Ergotron, said: “Eradicating static working requires a cultural shift by businesses and this has to come from the leadership team, not just the HR department.

“In recent years there have been advancements in technology that can make this possible and boost movement in the workplace and we are seeing more business leaders implementing technologies such as sit-stand solutions to give employees the ability to move more in the workplace and avoid health risks.”

The research, Direct healthcare costs of sedentary behaviour in the UK, was published in the Journal of Epidemiology and Community Health.

A separate Columbia University study recently found that replacing 30 minutes of sedentary time per day with the same period of high-intensity activity reduces the risk of an early death by 35%.