Stress in the world of academia 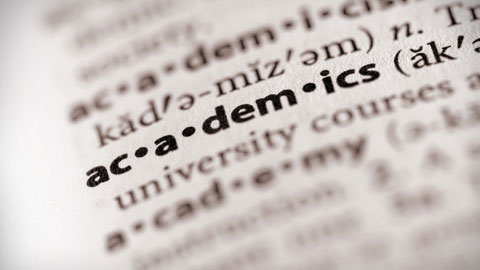 Modern-day academia has recently been proven to be one of the most stressful professions in Britain. What can employers do to help mitigate this for their staff? Occupational Health magazine reports.

Ah, the dreaming spires of academia – a life of reflection, sunny afternoons punting on the river, “Educating Rita” and “Porterhouse Blue”.

But not if the University and College Union (UCU) is to be believed. Modern-day academia, it argues, is a world far removed from such idylls, with stressed academic and academic-related staff stuck in a never-ending loop of excessive workloads and long hours, beset by increasing demands on their time, intensely competitive performance-related scrutiny and expectation – from both management and fee-paying students – financial cutbacks and an increasingly uncertain climate.

In a survey of 14,000 higher education academic and academic-related staff published in late 2012, the UCU concluded that stress levels as a result of an intense workload were considerably higher than those of the general working population, with staff commonly reporting long hours and a culture of harassment, bullying and negative relationships (see box 1).

Moreover, universities, at least according to UCU general secretary Sally Hunt, are not doing enough to support their staff and to help them deal with the spiralling demands on their time and health.

“Many academics and academic-related staff are clearly under far too much pressure, and we know this level of stress in the workplace can be very damaging to mental and physical health,” she says. “Some institutions appear to be doing slightly better than others in keeping stress at bay, but it’s shocking to see that no institution represented in this survey can hold its head up high and say their employees are happy about the demands made on them at work.”

So what can – or should – universities be doing to help their staff? And within this, what should be the role of the university OH practitioner?

There is a general consensus that academic life has got much tougher in recent years. John Bamford, UCU’s health and safety adviser, argues one key problem is that the days of “tenure” – the traditional right of an academic, normally on reaching a certain level of seniority, not to have their position terminated without just cause – are long gone. In fact, even the notion of a “permanent” position has been replaced by an uncertain culture around employment.

“Increasingly, university lecturers are being treated like the workers in any other sector – disciplined, subject to draconian procedures, short-term contracts and so on. Contracts often have to be renewed annually now. It is about bringing profit into teaching,” he says.

“Especially at research-led universities, you will find a lot of staff on temporary contracts, often supported by PhD students. One of the weakest elements in this situation is the institution’s failure to conduct suitable risk assessments around stress. I often hear stories of people who have gone off sick with stress. The management response is usually to do a risk assessment, but that is something that should have been done before the person went off sick.”

The universities reject the notion that they are failing in their duties to academic staff. There is a growing recognition that a career in academia now requires an appetite for hard work and a thick skin.

Dr Alan Swann, OH physician at Imperial College and a member of Higher Education Occupational Physicians/Practitioners (HEOPS) – the professional association for all OH professionals working in the UK higher education sector (see box 2) – agrees that higher education has become more of a high-stress environment and that academics are under a lot of performance and competitive pressure.

“Academic tenure no longer really exists, except perhaps at Oxford and Cambridge,” he says, adding that an academic’s continued employment is often dependent on securing research money or being able to perform well under the Research Excellence Framework (REF), which assesses the quality of university research and which will replace the current Research Assessment Exercise by 2014.

“So it is competitive, with long hours and insecure. Most researchers – certainly the vast majority – are now on short-term contracts, perhaps for the length of the research grant,” Swann says.

“Academics do have a bit more security, but will still often be on open-ended contracts, and they are only as good as their most recent piece of research and the supporting portfolio. Also, if you are mainly engaged in teaching, you will be under pressure in terms of larger class sizes and greater teaching or tutoring loads.

“It is a combination of reducing costs and rising expectations, especially around working to improve the student experience in the new fees-led environment.”

Teaching, it has long been recognised, carries with it an inherent element of stress – not least just from the fact that the “day job” is standing on your feet in front of an often unruly class or lecture hall. In fact, a recent report in The Guardian argued that the number of teachers taking stress leave has increased by 10% over the past four years, with 15 local authorities seeing a 50% rise in stress-related absences, according to statistics released under the Freedom of Information Act.

On top of this, there can be an element of professional pride or a “stiff upper lip” attitude about asking for help.

As Jill Collins, senior staff counsellor at the University of Cambridge’s counselling service, says: “At elite universities in particular, people can sometimes set very high expectations for themselves and put themselves under pressure.”

Another factor is that often a lot of the focus around counselling and pastoral services has been, quite rightly in many respects, on supporting students.

But to argue from these facts that academic and academic-related staff are overlooked when it comes to support would be wrong, universities say. All the universities approached by this magazine, for example, highlighted a range of support tools and services specifically for staff.

Swann says: “There is a lot of established support for students – for example, student counsellors, pastoral care and other support. There will often be an academic with specific responsibility for this area and that does normally extend to the academic staff, too. A lot of universities also now offer some form of counselling service for staff or an employee assistance programme.”

Oxford University, for example, has a whole online area devoted to the issue, runs free courses for staff and provides a range of information about mental health and wellbeing as well as offering access to a dedicated OH team.

“There is a clear issue that we must be taking very seriously. We have a policy that relates to all staff in the university,” says Dr Stephen Goss, pro-vice-chancellor for personnel and equality at the university.

“We run seminars and workshops that people can come to if they want to learn about stress awareness, management and identification. Our OH department is also very active. The key, more widely, is to ensure people are trained fully in how to do their jobs and managers are trained properly to manage.

“It is understandable why people get stressed at university these days. There are so many pressures around constantly trying to put in for grants and so on. It is important for organisations such as ours to focus on what we can do to avoid problems occurring in the first place, so it may be looking at how more effective management techniques can be scaled up or trying to introduce ‘mindfulness’ sessions where you persuade people to relax in a quiet environment, as a few examples.”

Collins is also adamant that the support universities offer does help. She cites, for example, research she has co-authored showing how time-limited counselling can positively effect change in wellbeing.

“There is a lot of impetus to look at the wellbeing of staff – and that is all staff, not just academic staff,” she says.

Collins explains that Cambridge’s counselling service was started in 2000 and now employs three full-time equivalent employees who see around 400 staff a year – 4% of the total university staff – with the average counselling period being eight to 10 sessions.

“From the feedback we have from clients, we feel it really does work. It helps people stay in work where otherwise they might have had to take some time away. There are also a number of courses that are run around the topics of stress and stress awareness that can be helpful,” she says. “Our work is complementary to the work that is done by the OH department. We work very closely with the university’s OH team and we can make or receive direct referrals to OH.”

So what should OH’s role be? Bamford argues that one problem is that OH’s voice is still not loud enough, or not heard loudly enough, by university management: “OH staff are often raising concerns that they are giving advice to the employer but that advice is not being followed. I know of at least two cases where the OH adviser left because they were feeling ignored by the management.

“We want to work positively and constructively with employers, but there is a lot of distrust from management to overcome. There is a lot of suspicion about trade union involvement and a lot of paranoia among employers. But unions and employers do have to work together.

He adds: “OH and safety are not just about health and safety, it has to be part and parcel. There are always going to be places where our interests coincide, but there are also occasions where things need to be negotiated.

“I do not think employers understand that. We’d like to see stronger in-house OH provision, with properly qualified people in these roles.”

Swann concedes that, by itself, OH cannot solve the problem of stress at work within higher education.

Clearly, in what are, after all, big, competitive organisations where the working culture and ethos may differ from department to department and faculty to faculty, there are likely to be cultural, environmental or working issues that it will be up to management to address and resolve.

“As in many professions, academics often become line managers on the strength of their original job – in this case teaching and research performance – but that does not necessarily read across into management skills,” Swann says.

“But there is a clear need for more OH services within universities – it is now a hazardous working environment, especially on the research side. I think OH services have a role in stress management and avoidance. They can certainly be championing these issues.”