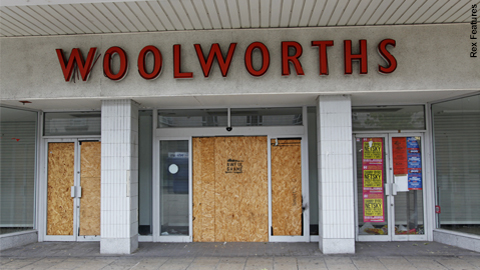 The words “at one establishment” should be deleted from the law that requires organisations to consult with employees when 20 or more redundancies are taking place in a 90-day period, according to an Employment Appeal Tribunal (EAT) judgment published yesterday.

It follows the folding of Woolworths in 2008 and subsequent tribunal claims by unions Usdaw and Unite on behalf of 27,000 former Woolworths employees for failure to consult collectively on their redundancies. Although employees in stores that employed 20 or more staff were awarded 60 days’ pay, around 3,000 staff who worked in stores with fewer than 20 employees missed out on protective awards.

The original employment tribunal concluded that it could not pay a protective award to the 3,000 staff because s.188 of the Trade Union and Labour Relations (Consolidation) Act 1992 requires consultation only where 20 or more employees are proposed “at one establishment”.

Another tribunal case involved the clothing retailer Ethel Austin and 1,120 former employees, who were also denied protective awards because they worked in branches with fewer than 20 staff.

In the appeal against both cases, the unions argued that UK law was not being interpreted in accordance with EU law, namely the Collective Redundancies Directive. The appeals were allowed and, because the two companies are insolvent, the Government is liable for the payment of the protective awards.

“This is a landmark decision by the EAT,” said Guy Lamb, a partner at DLA Piper. “It is highly significant as it changes the face of UK redundancy law and potentially significantly extends an employer’s collective consultation obligations.”

More detailed analysis of the EAT decision and the implications for employers are outlined in this XpertHR stop press report.