Acas code applied to dismissal for breakdown in trust and confidence 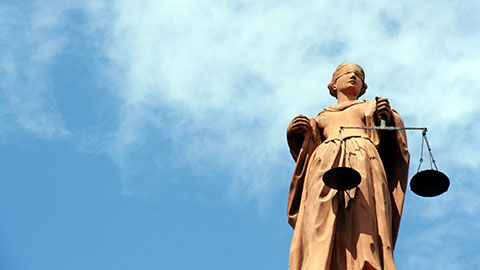 In this case, reported by DLA Piper, the Employment Appeal Tribunal (EAT) held that the Acas code of practice on disciplinary and grievance procedures should have been followed in a case where the reason for dismissal was stated to be for “some other substantial reason” (SOSR), but disciplinary proceedings ought to have been invoked.

Jefferson (Commercial) LLP v Westgate This case covers whether or not the Acas code applied in a dismissal for a breakdown in trust and confidence.

Cummings v Siemens Communications Ltd In this case, the tribunal held that the Acas code of practice on disciplinary and grievance procedures applies to dismissals for “some other substantial reason”.

Mr Lund was employed by St Edmund’s School, Canterbury, as a teacher from September 1991 until October 2010, when he was dismissed without notice. Prior to his dismissal, Mr Lund had expressed dissatisfaction with the computer equipment provided for use in his teaching, which he eventually decided to dismantle. Mr Lund also refused to allow a consultant who had been engaged to report on his class to observe him teaching.

Shortly after these incidents, Mr Lund was off work for a few days because of stress and, on his return, he was suspended on full pay. During his suspension, Mr Lund had an appointment with a consultant psychiatrist, who concluded that Mr Lund’s stress was caused by his frustration with the school’s computer equipment. However, he did not have an identifiable medical condition and he was therefore deemed to be fit to return to work.

Despite the psychiatrist’s findings, Mr Lund’s suspension was not lifted. He was instead invited to attend a meeting where he was handed a letter informing him of his dismissal. The letter explained that his dismissal was caused by a breakdown of “the trust and confidence essential to an employment relationship” caused by his “erratic” and “sometimes irresponsible” behaviour, which had resulted in many of his colleagues no longer wishing to work with him.

At first instance, Mr Lund was awarded damages of £19,413 for wrongful dismissal and compensation of £18,329 for unfair dismissal. The sums awarded had been subjected to a 65% reduction due to Mr Lund’s contributory fault, and no uplift was granted despite the employer’s failure to follow the Acas code. The tribunal held that the reason for dismissal was SOSR and as the code is silent on whether or not an uplift should be applied to SOSR cases, an uplift was not deemed appropriate. The tribunal also found that an uplift should not apply because of Mr Lund’s contributory fault.

On appeal, the EAT held that Mr Lund’s contribution to his dismissal was not a valid reason to refuse an uplift. The purpose of the uplift is to penalise employers for failing to comply with the Acas code and to deny Mr Lund such an uplift would have the effect of penalising him twice, given the substantial reduction already applied to his compensation.

The EAT also found that the tribunal had erred in its approach by finding that an uplift could not apply where SOSR was the reason for dismissal. The EAT held that it is not the outcome of the process that determines whether or not the Acas code should apply, rather “the code applies where disciplinary proceedings are, or ought to be, invoked against an employee”.

On this point, the case was distinguished from the decision in Ezsias v North Glamorgan NHS Trust. In that case, the trust did not at any point consider dismissing Mr Ezsias for conduct that had caused a breakdown in working relationships and therefore the Acas code did not apply.

This case is helpful in clarifying when an uplift for a failure to comply with the Acas code is appropriate. It establishes that an uplift may be suitable where the reason for dismissal is SOSR, but in circumstances where disciplinary proceedings were or ought to have been invoked. The case does not set a precedent for the application of the Acas code to all situations where a dismissal is for SOSR. The case instead highlights a category of SOSR dismissals where a successful claimant may be eligible for up to a 25% uplift.

In practice, tribunals may be required to adopt a speculative approach where disciplinary proceedings have not been invoked, by deciding whether or not such proceedings should have been commenced. Employers will therefore need to think carefully about applying the Acas code to potential dismissals where the reason for dismissal could be SOSR or conduct.