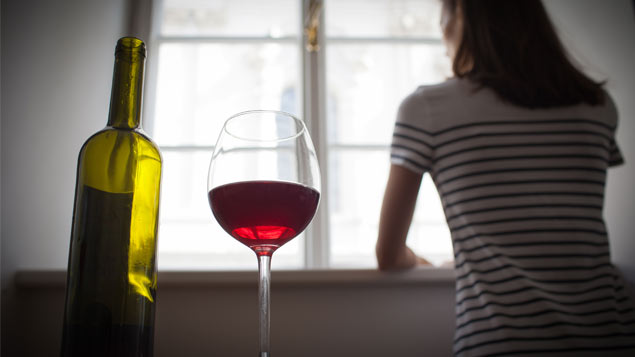 Many workers who feel stressed are turning to unhealthy coping mechanisms such as alcohol and “stress eating” rather than seeking advice from a health professional, research has found.

A quarter admitted to eating when experiencing the symptoms of stress and 14% tuned to alcohol in the belief it would lower their stress levels, health service provider Cigna found.

Third of staff under ‘extreme’ pressure while colleagues are on holiday

CPD: stress and conflict in the workplace – a case study

Eighty-six per cent of people admitted that they avoided medical or professional advice when dealing with stress, with many preferring to talk to their partner (46%), family (32%) or friends (29%).

The results were published as Cigna revealed its “See Stress Differently” campaign, which aims to increase awareness of stress and encourage people to seek professional help if they are experiencing symptoms such as headaches and high blood pressure.

Dr Peter Mills, Cigna’s medical director, said: “It’s sad to say that I’m not shocked people are willing to accept physical symptoms of stress such as headaches and loss of libido without speaking to a medical professional. Whilst it is important to have a supportive social group during stressful times, the best person you can speak to is your doctor.

“When people fall into a habit of trying to treat the physical symptoms of stress, rather than the root cause, the results can have long term impact on their mental and physical health. That’s why we need to adopt a more open approach to healthcare – and chronic stress in particular – that addresses both the physical and mental effects, or as I like to call it: Whole Person Health”

Television presenter Gabby Logan, who is supporting the See Stress Differently campaign, said the initiative will help increase awareness around stress “so that people recognise that serious chronic illnesses can be avoided if recognised and diagnosed early”.

A tenth of UK workers that took part in the survey had taken a day off work due to stress-related issues within the past year, but the majority (64%) told their employer that physical illness was the reason or did not give a reason at all.