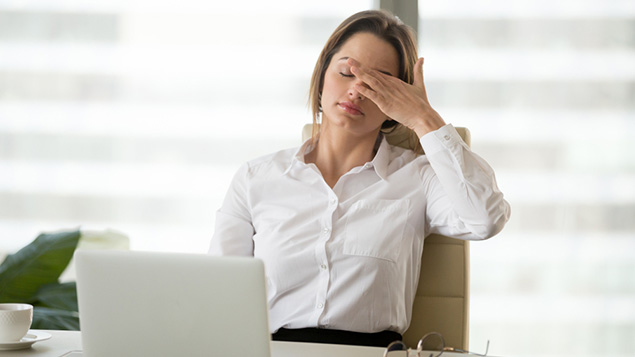 Stress-related absence has increased for two-fifths of organisations in the past year, according to new research from the CIPD and Simplyhealth.

Almost two-thirds (62%) of respondents to the survey said that heavy workloads were the top cause of taking time off for stress. The next biggest factor was management style – which has jumped from 32% of respondents last year to 43% this year.

A worrying trend observed by the 1,000-plus respondents was “leaveism”, the practice of taking annual leave to finish off work. Most respondents – 63% – saw this happening at their workplace, and 55% of these said nothing was being done about it.

Presenteeism continues to be an issue for 83% of respondents, with a quarter saying the problem has got worse in the past year.

Despite stress and poor management being cited more often as a reason for absence, the number of days taken is at its lowest in the 19-year history of the report, at 5.9 per employee, per year.

The report’s findings suggest managers could do with more training to support staff with stress. Only 50% of managers had undergone this type of training, according to the CIPD. And in organisations taking steps to tackle either presenteeism or leaveism, only 37% of managers had received any training to spot the warning signs.

“Managers should be helping to alleviate stress among their staff, not contributing to it,” said Rachel Suff, senior employment relations adviser at the CIPD. “But too many managers are being set up to fail because they haven’t received adequate training, despite them often being the first person employees will turn to when they have a problem.

“Rates of presenteeism and leaveism, which are both linked to stress, remain stubbornly high. Employers have a responsibility to tackle these bad habits. They must also realise that staff are not going to perform at their best if they are working when ill or using up holiday to work rather than recharge.”

The CIPD added that senior leaders needed to do more to gain managers’ buy-in on the importance of wellbeing. Only half of respondents said that senior leaders had done enough, with many questioning how they can implement health and wellbeing policies in their own teams without senior-level buy-in.

Fewer than a third (32%) said that senior leaders encourage a focus on mental wellbeing through their actions and behaviours.

“Line managers play a front-line role and are often best placed to support with health and wellbeing, but this year’s report shows there is more work to be done to better support them with training and guidance,” said Pam Whelan, director of corporate at Simplyhealth.

“In addition, there are further steps organisations can take to help reduce stress-related absence and encourage a preventative approach.

“Fostering a culture where employees feel they can seek support when they need it is key, and initiatives such as offering an employee assistance programme and flexible working arrangements can help improve an employee’s work/life balance.”