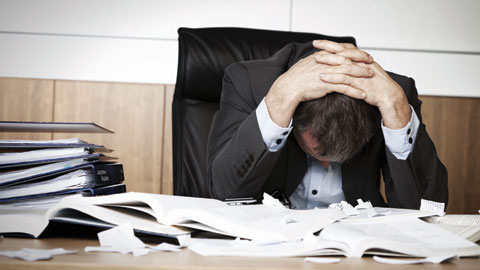 More than one in four HR directors in Britain admit they have no formal policy to manage stress or anxiety, research has found.

Other studies, meanwhile, are highlighting that many workers feel overloaded and are working very long hours.

As a result, many fail to take their full holiday allowance or even take off the occasional day.

The survey of 200 HR directors by recruitment agency OfficeTeam found that one-third offered stress management training to all employees or access to counselling through private medical insurance.

Nearly one-third offered individual programmes “as needed”, 7% had a formal policy, but only for senior management, and 28% had no formal policy.

Private-sector employees were most at risk of being overlooked, with their counterparts in the public sector and those in publicly listed firms more likely to have the benefit of a formal policy.

The research also found that more than one employee in 10 was failing to take their full annual leave allowance, with workers in Scotland and northern England most likely to skimp on holidays.

A separate study by budget hotel chain Travelodge has identified a trend toward “nightcations”, a reference to people who take a night off regularly to recharge their batteries rather than take a proper holiday.

The research found 37% of UK employees are forgoing a long holiday and are opting for “nightcation” breaks instead.

The survey also revealed that one Briton in 10 was doing the equivalent of an extra week’s unpaid work each week due to job insecurity, equivalent to more than £157 billion of unpaid overtime every year.