By Jo Faragher on 28 Sep 2012 in Global mobility, Careers in HR, Global HR, The HR profession 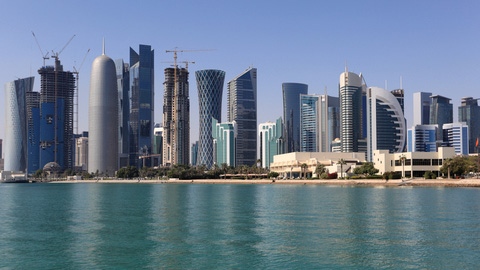 With global mobility and international relocation on the rise, Personnel Today looks at what HR professionals should expect from a move to the Middle East.

Do you like the sound of hours of sunshine, a tax-free salary and an attractive relocation package offered by your employer? The lure of a fresh start working in one of the Middle Eastern countries, such as Bahrain, Saudi Arabia, Dubai and Qatar, is very tempting. Offering a favourable business environment to employers – there is zero tax – the Middle East has become a popular destination for corporate investment. A recent survey of CEOs by consultancy firm PricewaterhouseCoopers found that 68% of North American bosses expect their key operations in the Middle East to grow, as do 72% in Western Europe – so it is undeniably an emerging market.

However, as an HR professional, there will be a number of personal and professional challenges you may have to face with such a major relocation. The practical aspects of getting set up in a Middle Eastern country, for example, can be frustratingly difficult to resolve. A survey by the insurance company Zurich found that about half of all expatriates who had moved to Dubai felt they did not have all the practical information to make the transition. Seemingly simple tasks, such as obtaining a driving licence, proved difficult for 21%, while 17% found it hard to adjust to the cost of living.

On a professional level, it is important to manage your expectations. A decision that takes a couple of weeks to finalise in Western Europe may be slower in the Middle East, but its status as an emerging market means that the pace of change can also be exciting. Leith Ramsay, Middle East director for the global recruiter Michael Page, explains: “The goalposts change regularly here because it’s an emerging market. We’ve had the Arab spring uprising, oil companies investing and others trying to diversify away from oil – so there’s lots going on.”

Ramsay consequently goes to great lengths to ensure that candidates who are moving to one of the Arab states are ready to embrace change and are happy working outside their comfort zone. Around 30% of Michael Page’s placements in the Middle East – it has three offices in Dubai, Abu Dhabi and Qatar – are for individuals relocating from Western countries.

“When we look at people, we think about whether they have lived or worked abroad before. Have they ever been outside their comfort zone? We need to mitigate the risk for both parties,” Ramsay explains. “We also look at their personal situation. There are no discrimination laws here in the Middle East so you can ask people their age, whether they are married and the like. We ask those questions to assess the life stage people are at. So if you have teenagers about to do their important exams, it’s probably not a good time to relocate your life.”

Most companies relocating or recruiting staff into the Middle East will offer a “public relations officer”, which has a different meaning in the Middle East to the UK. This will usually be an Arabic-speaking person who can help you with everything from enrolling your children into a school to sorting out your working visa. There will also be a ready-made community of other expatriates there if you need to ask questions.

Even with this support, it is natural to have preconceptions about a region before you move there. It is important to acknowledge that “Middle East” as a blanket term can be misleading. Different states or “emirates” embrace different customs, and some will be closer to Western cultures than others. “Dubai is the most modern – for example as a woman you would not be expected to wear a headscarf – but many of the more ‘traditional’ states such as Saudi hold up customs such as women not shaking hands out of respect,” says Ramsay.

That said, Jackie Wilks, group service director for the Middle East for publishing and events group Informa, found the lack of discrimination legislation a culture shock: “It’s interesting from an HR background. When I first arrived, the newspapers advertised positions requesting specific nationalities – so you might see an ad for an Indian accountant, or specific physical attributes, such as slim attractive Eastern European female to work in a perfumery.”

This also means it is fine to ask someone in an interview whether they plan to have children or how old they are. Some companies are even known to stipulate a preference for the type of worker they would like for a role, although, while you can advise on the advantages of embracing a more diverse pool of talent, you’re unlikely to be able to change established business practices.

“You need to be comfortable with these issues and not be offended by them, or try to change things. Most companies who operate here don’t necessarily discriminate because that’s how they work,” says Ramsay. Embrace and respect the culture, however, and a job in the Middle East could be both life-changing and career-enhancing.

Plan your next HR career move with Personnel Today jobs, and by visiting our careers section.