By Jo Faragher on 19 Aug 2014 in Anxiety, Mental health conditions, Stress, Wellbeing and health promotion, Save As You Earn, Wellbeing 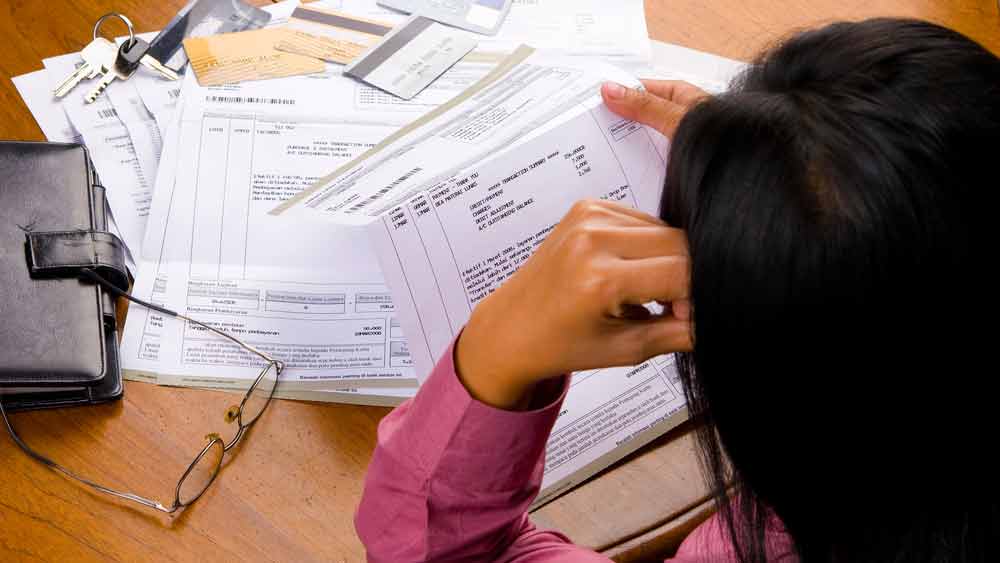 Despite optimism over the economy, many households are still feeling the squeeze over wages. But helping staff to manage stress over money worries can improve overall wellbeing and engagement, explains Jo Faragher.

If the soundbites from politicians are to be believed, we should all be clinking our glasses in celebration; unemployment is at its lowest for six years and the economy is beginning to pick up again.

But the reality for most is not quite as rosy. While we can be justifiably optimistic about the jobs market, wages are failing to climb at the same rate as inflation and many households are still struggling to cover their outgoings with what they earn. For many employees, the stress of having to meet rising living costs while holding down their job during a recession is proving too much.

Getting the most out of employee assistance programmes

How to manage a salary sacrifice scheme

In a survey by Barclays Corporate and Employer Solutions, more than one respondent in 10 said they had no savings and were regularly spending more than they earned, while 59% were “balancing” their finances in the short term, but were not saving for the future.

The consequences of this pressure in the workplace can create a vicious circle: staff suffer from sleep deprivation or an inability to concentrate and they fail to meet deadlines or become less productive, which in turn makes them anxious about their ability to earn money. What is making this worse, according to Katharine Photiou of Barclays, is that people feel unable to share their concerns for fear they will be judged.

“It’s very British not to talk about money. Even between friends and partners we tend to work on a need-to-know basis,” she explains. Barclays’ research also revealed that only two employees in 10 were satisfied with the amount of help they were getting from their employer to deal with financial concerns. “One of the issues is that employers think their role is to pay people and if they discuss financial issues with them then they’re going to ask for more money,” Photiou says.

This taboo around talking about money is not only exacerbating the stress employees feel, but is also deeply rooted in how we perceive wealth in society generally. This is according to Mandy Rutter, senior clinical business manager at Validium, which provides psychological services and employee assistance programmes to employers. “Having money is associated with power, with success, even with being attractive,” she says. “So when we’re struggling with money we feel just the opposite of those things. To manage their financial difficulties people need to do some high-level thinking, but they feel anxious and there’s an increase in adrenaline so their brain won’t work as well as it needs to. It’s a vicious circle.”

And because this circle is so difficult to break, many employees could find their anxiety slides into deeper mental health issues. Even at a very mild level, lack of sleep or an inability to cope could increase absenteeism – or conversely, increase presenteeism because staff feel they need to be seen at work, despite productivity being low. “It’s not their intention they’re not going to be productive, it’s just not physically possible. That’s what it’s like when all your mental bandwidth is used up worrying about money,” says Photiou.

There are additional side effects that can also have an impact: stress about finances may lead people to eat badly or too much, or turn to alcohol as a way of switching off. “Worrying about money leads to anxiety and fear; for some, this may lead to depression if not dealt with properly,” explains Eugene Farrell from the UK Employee Assistance Professionals Association. “Consequently, debt issues will affect relationships at home and at work, which in turn generates other problems such as divorce and poor workplace relationships. Some people might also be tempted to gamble in order to win money and resolve the debt problem, which poses the danger of leading to further complex issues and not resolving the problem at all.”

Of course, this is a worst-case scenario, but there are measures employers can take to help staff deal with financial concerns before they begin to have an impact on their health and productivity. At utilities company Anglian Water, employees are offered a combination of practical help through money management workshops and the opportunity to save as they earn through a workplace savings scheme. After three years saving into the scheme, they can qualify for a reward payment of more than £1,000 on top of their savings.

According to Sally Purbrick, Anglian Water’s head of reward, employers offering this support may have initial misgivings about how it will be received: “As an employer we’re often providing the main income for an individual or household. Sometimes, the focus can be on how much we pay rather than how to make that pay go further. There’s a worry that by showing you want to assist people to make their money go further, it could be perceived that you’re not paying enough.”

Having grown its support over a number of years, the company has enjoyed benefits in terms of workforce engagement and retention. “We’re not just an organisation that pays a salary and pension and then walks away,” Purbrick adds. “Our length of service is significant, many people spend their whole career here, so when you talk about the financial lifecycle, our wages may be the only income for their whole career.”

Making it easier to save

Research by Sodexo Benefits and Rewards found that more than 80% of staff would like to receive this type of support, as removing any obstacles to helping employees put money aside would help them be more productive at work. “Taking money out of net salary overcomes the issue of not having any to put aside. It creates a support mechanism to work towards a financial goal,” says Jamie Mackenzie, marketing director at Sodexo. “If it’s not coming out there’s always a reason not to do what you intended with it.” The Barclays study echoes this, suggesting that more than half of respondents with savings that would last less than a fortnight felt discomfort about their situation, which was then affecting their ability to concentrate at work.

The line between managing a financial situation and slipping into debt is very fine. An unexpected bill or urgent household repair could be the difference between a minor overdraft and an escalating debt problem. “There’s no good time to have money worries. The problem is, many people are either frozen with worry or go into a state of denial,” says Kate Russell, managing director of Russell HR Consulting. “If you’re able to help employees get started down the road of addressing their problems, the workplace will eventually benefit too.”

This has certainly been the case at IT consultancy JMC IT, which recently began to offer interest-free loans to employees of up to £5,000. The loans are payable over a maximum period of three years, and staff do not have to disclose what they are for. “We had some cash reserves coming out of the recession and wanted to offer a way for staff to deal with unexpected demands on their money,” says managing director Andrew Burgess. The process is deliberately simple and based heavily on trust: “If we’d introduced too many rules that bond of trust would be broken. All we insist upon is that someone has a three-month contract so we can offset the loan against their salary if needed.”

The result, he says, is “happier people” with a strong bond to the company – turnover is around 5%. “We’re not spending thousands on recruiting and replacing people, so we have a positive cashflow.” As this example demonstrates, bringing money issues out into the open and offering support shows that employers acknowledge the increasingly blurred line between home and work life. “This isn’t true paternalism, it’s steering people in the right direction to support themselves,” concludes Photiou. Choosing to ignore money worries, on the other hand, could have a long-lasting affect on employee wellbeing and happiness at work.

One Response to Supporting staff with money troubles could improve wellbeing