The need for a joined-up approach to health insurance 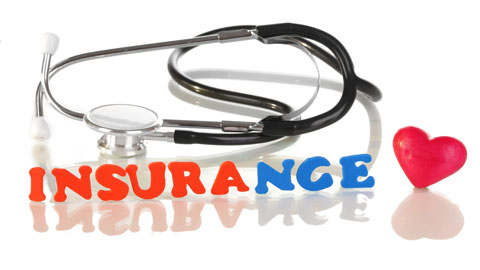 By rights, OH and workplace-based health insurance such as private medical insurance (PMI) and income protection should be the closest of bedfellows.

Yet as Dr Doug Wright, medical director for Aviva UK Health, points out, the reality can often be that the two are seen and managed – and budgeted for – by employers as very distinct, discrete entities.

“Often these things tend to be done in silos,” Wright says. “So you agree a contract with an OH provider from a risk-management perspective. Your PMI provision is considered more to be an employee benefit. But we are beginning to see some employers recognising these are all health related and so it makes sense to be bringing the conversations together.”

This need for a more joined-up, holistic approach to health insurance and OH spend is even more important in the current economic climate, says Jan Vickery, lead physiotherapist for the specialist health service AXA.

“PMI and OH will often be provided by different organisations, so there can be a whole communications piece between them. At AXA, for example, we try to leverage this by having a single provider platform and making sure there is communication between the two,” she says.

October’s Chartered Institute of Personnel and Development and Simplyhealth absence management survey (see box 1) identified that commitment to healthcare and health insurance spending by employers is holding up remarkably well, despite the tough economic outlook.

As Wright says: “Employers do absolutely want to carry on providing healthcare as a benefit to their employees. But they are also, unsurprisingly, wanting to look at how they can control costs, affordability and their bottom line.”

So rather than scrapping PMI all together, it can often be a case of reducing some of the lines or putting in place excesses payable by employees where there have not been excesses before. Other strategies could include increasing excess caps (the level at which employees must contribute) and looking at co-funding between the employer and employee and increased employee contributions, especially for benefits where there is an element that covers an employee’s family.

Other common cost-cutting strategies include linking health cover to a relationship with the NHS – for example, only providing cover once NHS treatment has been delayed beyond a certain point. Restricting cover or limiting the treatments covered can be another option, as can offering premium discounts for employees who can show they have a healthier lifestyle.

Employers are becoming less willing to grant insurers or healthcare scheme administrators a blank cheque to always treat up to the maximum limit. There is also growing debate over whether the health insurance set-up we have in this country is overpriced, whether it leads to unnecessary intervention or overtreatment, or even whether the market is anti-competitive.

A report published in October 2012 by private healthcare provider Passport2Health – which specialises in bypassing the UK industry by offering private medical treatment overseas – argued that with almost 90% of the private health insurance market dominated by just four insurers, it was little surprise the UK was now the second most expensive country in Europe for health insurance, with private medical insurance premiums more than doubling over the past decade.

Anti-competitiveness within the market is also in the spotlight because of the Competition Commission’s ongoing investigation into the private healthcare market that was launched in April 2012, which will run into 2014 (see box 2).

While most insurers and providers would dispute that the market is anti-competitive, they are working to allay suspicions by employers about overtreatment or unnecessary treatment. In May last year, for example, Bupa announced it was reviewing the way it dealt with knee arthroscopies as “some surgeons are three times more likely to perform a knee arthroscopy on Bupa customers than others”, including introducing a new medical review process to confirm eligibility for funding. In January, it also introduced an “open referral” system whereby GPs no longer need to specify a named consultant and clients are offered a choice from a Bupa-approved consultant network.

Furthermore, three years ago Aviva launched Back-up, a rehabilitation service centred on managing back and neck pain but without the need to see a GP first. There has also been more interest from employers in vehicles such as healthcare trusts, which technically offer employers greater flexibility and control of cover.

Patrick Watt, director of corporate at Bupa Health and Wellbeing, concedes the environment is challenging, yet points out that at Bupa at least, registrations for corporate health insurance grew last year – albeit only by 1% – but growth rather than retrenchment nevertheless.

“Whether you are talking about small and medium-sized enterprises or larger corporates, healthcare is a highly valued benefit. In a difficult economic environment, employers are looking to retain and engage people. One way to do that is to make their benefits package as attractive as possible,” he argues. “Employers are also seeing the value of having private health provision. There are two major causes of ill health in the workplace – musculoskeletal diseases and mental health – and private healthcare has a great record of providing employees with fast-track treatments in both these areas to get them back to work.”

Overall, there has been a contraction in the market when it comes to health insurance, but only a relatively small one, estimates Ronjit Bose, commercial director for employee benefits at Jelf Employee Benefits.

“It is fairly stable, although it is a constant process of trying to maintain momentum. Demand has not dropped out completely. There is still a recognition of the benefit of having healthcare, but employers are facing considerable challenges now. So it is a question of trying to find the right balance,” he explains. “Providers, consultants and brokers are trying to give options to employers to use their healthcare spending in different ways. They are trying to make healthcare more viable for your whole workplace rather than, say, 10% having PMI and the other 90% having nothing.”

So, against this backdrop, what role can occupational health play? Bose argues that OH can be an important influence, both in terms of educating employers about the best, most appropriate interventions and support infrastructure, and in terms of its role in keeping people at work and off absence lists, and thereby being less likely to need to make a claim.

“I am not sure OH is receiving the attention it deserves,” he says. “A lot of companies will have ideas about how they can get things working, but they never gain traction. OH, too, is often perceived to be something that sits between the employer and employee and is in a bit of an awkward position. But there is a lot employers can do to engage with and use their OH services more effectively.

“There is a greater role for OH to play, especially in making connections and early engagement and intervention. It may be that OH needs to be getting involved sooner rather than waiting until situations become more complex, which is when OH seems to get brought into the picture most of the time.”

Watt agrees: “The perverse thing about OH is that you often expect a short-term spike in costs as employees are fast tracked into treatment, but it has a fundamental role in reducing longer-term absence and, in turn, reducing health insurance costs. By making a referral to a physio, say, at an early stage, you could avoid someone going off absent altogether; or by referring someone to cognitive behavioural therapy you may see a short-term spike in claims but will not be incurring more expensive hospital stays.

“So OH has a critical role to play and needs to work closely with line managers to pick up instances where an employee may be struggling and then fast track them to the most appropriate support. I think that is one area where OH and the health insurance market should be working closely together – the providers have the tools and resources to enable people to be more effectively fast tracked for treatment.”

With some insurance-based products, the input, or lack thereof, from OH is unlikely to make a huge difference to premiums, but in areas such as group income protection – which only comes into play if an employee is unable to work – OH’s role in preventing absence can make a positive difference, argues Wright.

Overall, however, the key for OH now and into the future is simply going to be around engendering a more joined-up approach and ensuring employers make the connections between their health insurance and OH spend, and where one can work to the benefit of the other, says Joy Reymond, head of rehabilitation and health management services at Unum.

“We are seeing change. We are seeing organisations, both employers and OH providers, working to develop a much broader view of sickness absence, looking at the long-term value of what they are doing and thinking of it as much as an employer benefit as an employee benefit. They are thinking about the bigger picture,” Reymond says.

“We do still find environments where a manager is saying they cannot accommodate this person until they are 100% fit, but that is changing. There is more education around the notion that not being 100% should not be a barrier to being effective at work. So attitudes are changing and there is more focus on prevention and early intervention.

“It is really just trying to look at things more in the round. The most successful approaches are ones that are not just a narrow solution. Can we identify a solution that meets the needs of the individual, the manager, other employees, HR and finance?” she asks.

Vickery agrees: “These can be complex issues, so it is important to be thinking through how your OH service can best interface with your health insurance side, how it can impact on, say, the different rules, checking, eligibility and so forth.

“There is a lot to be gained by thinking it through or even just getting the key players together.

Bose says: “OH tends to be a very quiet voice and so, as a profession, it could do more to bang its own drum. I do not, for example, think there are any really good models that demonstrate how it can be used to the best effect.”