UK fifth from bottom in the world for ‘unmanageable’ stress 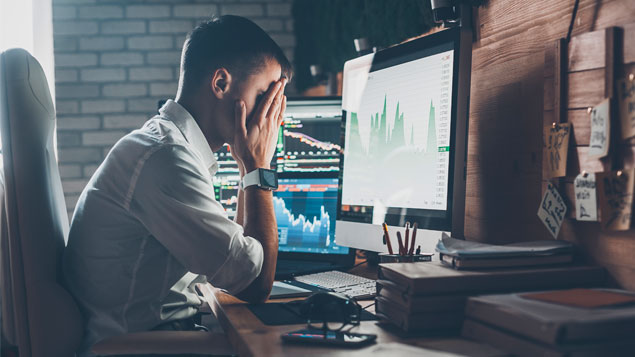 The UK has been ranked in the bottom five in the world for mental wellbeing, with more than a quarter of those suffering from stress claiming that work is the reason for their condition.

According to the 2018 Cigna 360° Wellbeing Survey, which explores wellbeing concerns in 23 countries worldwide, “unmanageable” stress and work-related stress are both common in the UK, resulting in it ranking poorly for mental wellbeing.

Employers offering health and wellbeing benefits on the rise

It ranked fifth worst for “unmanageable” stress in the world, behind the United Arab Emirates, Saudi Arabia, Australia and Korea.

More than 14,000 people were polled worldwide. A sample of between 500 and 1,000 was taken from each country, depending on population size.

Just one in 10 people in the UK said their workplace had a wellbeing programme in place and they used it. This compared to one in five people globally.

Despite the low availability and take-up of workplace wellbeing schemes, 44% said an employer’s wellbeing package would encourage them to take a job with them over one that did not. This proportion increased to 53% among millennials.

Only a quarter of the people who had suffered from a mental health condition at some point in their lives had received help from their employer, but 50% claimed they were too embarrassed to admit they had a condition.

Phil Austin, CEO Europe at Cigna, said: “It’s clear employers have an important role to play in mental health. Our research shows that despite people wanting more help, the UK is lagging behind comparable countries in offering workplace well-being support. But the good news is that employers are beginning to recognise the cost of poor mental health at work and the impact this can have on their employees and business.”

Meanwhile, a separate survey of 200 HR managers by consultancy Barnett Waddingham found 79% saw addressing mental health concerns as a priority, but only 47% felt they effectively dealt with the prejudices around such conditions.

Training line managers to help staff with wellbeing concerns was seen as important by 47% of employers. A third said they offered counselling services, 30% offered mental health first aid and 22% had implemented interactive or online training for their staff.

“Despite the positive themes running through these findings, 22% of organisations still don’t see mental health as a priority,” said Laura Matthews, workplace wellbeing consultant at Barnett Waddingham. “For it to be taken more seriously, employers need to understand the impact it can have on a business – as well as the individual.

The number of stress-related absences in financial services in the past few years had risen to their highest level since...