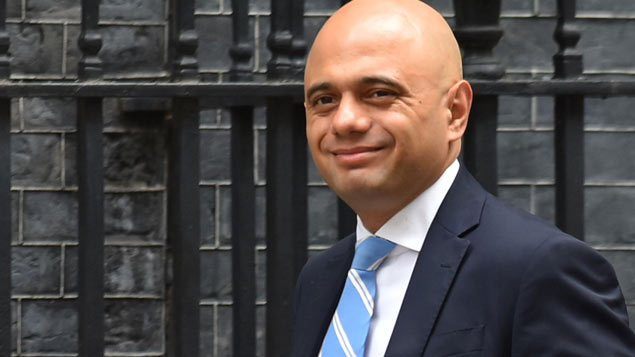 EU citizens would not have any “automatic right” to work in the UK after the Brexit transition period, Sajid Javid has said.

There will be no automatic right for anyone in the EU, or anyone else for that matter, to just make a unilateral decision that they can just hop on a plane or ferry and just come and work in the UK. That will end”

Javid declined to comment on whether highly skilled workers would be able to apply for a job without a visa, or whether employers would need a visa if they employed an EU citizen.

He said that the right of an EU citizen “as their own free choice” to come and work in the UK could not be part of a “mobility” agreement made with the EU as part of a trade deal.

“There will be no automatic right for anyone in the EU, or anyone else for that matter, to just make a unilateral decision that they can just hop on a plane or ferry and just come and work in the UK. That will end,” said Javid.

He said the government did not anticipate allowing scientists, doctors or other highly skilled workers to have an automatic right to come and work in the UK.

The home secretary has suggested the existing system for non-EEA citizens coming to the UK to be self-employed would be adapted to include people from the EU.

Javid, who replaced Amber Rudd after her resignation in April, confirmed that a white paper to be published in October would lead to a new immigration bill in the new year. This week’s white paper on the future UK-EU relationship, following the Chequers summit, will “not be focusing on immigration issues”.

Under the plan for UK-EU relations agreed by the cabinet on Friday, unlimited immigration from the EU will end. However, Theresa May has not ruled out making it easier for EU citizens to come to the UK after Brexit transition period ends in December 2020, than it is for immigrants from outside the EU.

Former foreign secretary Boris Johnson, who resigned on Monday, said the document that came out of the meeting on Friday left him concerned “that there might be further concessions on immigration”.

The new home secretary also chose yesterday not to endorse the “tens of thousands” immigration target, appearing to hint that the Government could ditch the longstanding target.

Committee chair Yvette Cooper said: “The target is a chain around your neck isn’t it, don’t you really want to ditch it?”