MPs to investigate impact of silicosis on workers 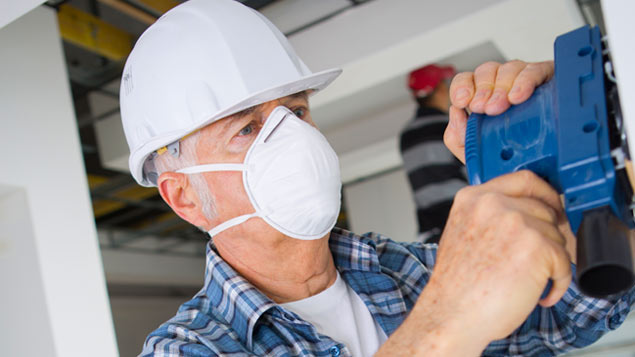 A parliamentary inquiry investigating the impact that silicosis has on construction workers has been launched.

The All-Party Parliamentary Group on Respiratory Health and BC&E – a not-for-profit organisation that offers services to construction workers – are seeking to understand why construction workers’ lives are being cut short by this variant of lung disease, caused by inhaling respirable crystalline silica.

Silica is the second biggest health risk to construction employees after asbestos, according to the Health and Safety Executive, with between 10 and 20 annual deaths from silicosis over the past decade. However, this range is likely to be significantly underestimated as silica may be a contributing factor in other fatal health conditions, BC&E claimed.

The silicosis inquiry will require evidence from clinicians, campaigners, industry bodies, academics and the government to help develop a greater understanding of silicosis and the burden it places on the NHS. A call for evidence will close on 31 August.

The findings and recommendations for prevention, treatment and management of the disease will be presented to the government later this year.

Gregg McClymont, director of policy at B&CE, said: “Silicosis is a serious issue for the construction industry – hugely impacting worker’s lives – but still largely goes undetected. It’s caused by inhalation of tiny particles, released by activities like cutting bricks as well as using cement and other building products which leads to the loss of lung capacity. But this is a preventable condition if the correct precautions are taken.”

Jim Shannon MP, chair of the APPG on Respiratory Health, said: “Silicosis is a particular danger for construction workers; causing many to suffer chronic and debilitating breathing difficulties, while claiming the lives of others.

“We are delighted to be working with B&CE, which is conducting pioneering work to help the APPG further understand the cause and effect of this terrible disease.”