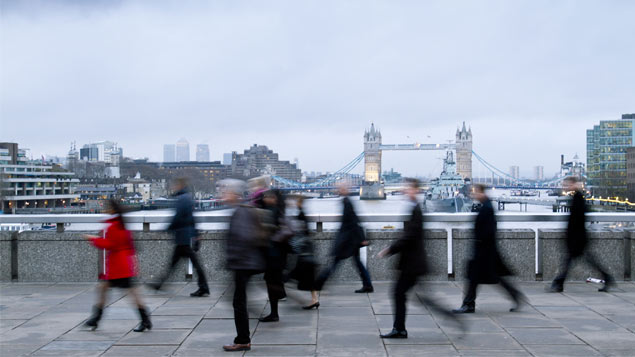 Bangladeshi workers have lowest hourly pay in the UK  – earning around a fifth less than White British employees, according to new figures revealing the extent of the ethnicity pay gap.

The Office for National Statistics’ (ONS) analysis of pay data found many south Asian workers were significantly worse off than those from other ethnic backgrounds. Bangladeshi workers and Pakistani workers earned 20.2% and 16.9% per hour (including overtime) less than their White British colleagues in 2018, while Black, African, Caribbean or Black British workers’ hourly pay was 9.2% less.

This meant that the median hourly wage for a Bangladeshi worker was £9.60, compared with £12.03 for a White British employee.

However, White British workers did not received the highest average hourly wage: those from a Chinese background earned 30.9% more than White British staff followed by Indian workers, who earned 12% more per hour. Chinese workers earned £15.75 an hour last year, on average.

The ONS used Annual Population Survey data to calculate the difference between the average hourly earnings of 10 broad ethnic groups.

The TUC said the figures highlighted the need for ethnicity pay gap reporting to be introduced as soon as possible, after the concept was put forward by the government last year.

However, a recent PwC report found 95% of employers had not analysed their ethnicity pay gap because many lacked the data that would enable them to do so.

TUC general secretary Frances O’Grady said: “The harsh reality is that even today race still plays a real role in determining pay. TUC research has shown that far too many black and minority ethnic workers are stuck in insecure and temporary work, which not only has a huge impact on their life chances but also widens the pay gap.

“This problem isn’t simply going to disappear over time. Ministers must take bold action to confront inequality and racism in the labour market. The obvious first step is to introduce mandatory ethnicity pay gap reporting without delay.”

Ruby Dinsmore, an employment lawyer at Slater and Gordon, said that although the pay gap had narrowed, ethnic minority groups were still over-represented in lower paid jobs and under-represented in higher-paid positions.

“This suggests employers are failing to recruit and promote BAME staff. It also raises serious and unsettling questions around bias in the recruitment and promotion processes,” she said.

Dinsmore noted that the ethnicity pay gap widened with age, which indicated that there was absence of BAME role models as people progressed in their careers.

“Ultimately, many BAME staff with equal qualification and skills do not progress at the same rate throughout their careers as white counterparts. This is not only bad for employees, but bad for business – employers are ultimately losing out on key talent.”

“If there’s not encouragement to narrow pay gaps, improve recruitment and hiring processes or have more diversity on board level, showing the numbers will mean nothing. While the name and shame approach is all well and good, if businesses are not feeling the pressure to improve practices, then it will all be for nothing,” he said.

Ultimately, many BAME staff with equal qualification and skills do not progress at the same rate throughout their careers as white counterparts,” – Ruby Dinsmore, Slater and Gordon

The ONS figures showed that Pakistani and Bangladeshi ethnic groups had the lowest employment rates, with 58.2% and 54.9% of people in work respectively. Workers in the White Other category had the highest employment rate at 81.7%, followed by White British at 76.4%.

The Bangladeshi group had the lowest proportion of employees in the highest quartile of median hourly pay (13.8%), compared with 41.3% of Chinese workers.

Ben Keighley, founder of social media recruitment firm Socially Recruited, said the UK will be “shooting itself in the foot if it does not work much harder to remedy an imbalance that is a dead weight on economic growth”.

“Studies have shown again and again that companies that are diverse and reflect the make-up of wider society – in terms of gender and race balance – are more economically successful. McKinsey’s landmark ‘Diversity Matters’ report showed that companies in the top quartile for racial and ethnic diversity are 35% more likely to have financial returns above their respective national industry medians,” he noted.

One Response to Ethnicity pay gap: Bangladeshi workers lowest paid in the UK