To compete or not compete, that is the question 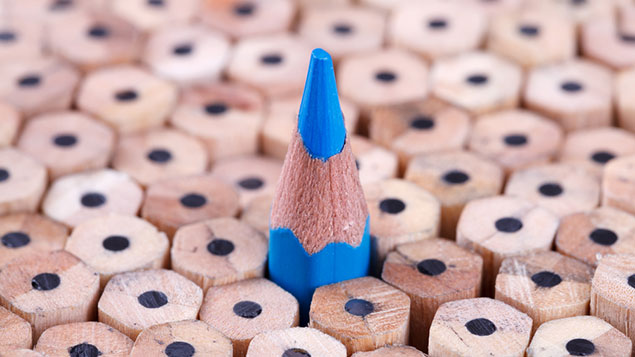 The 'blue pencil' test is a key element of this judgment

The recent judgment on restrictive covenants in contracts, Tillman v Egon Zehnder, overturned a century-old principle on competition clauses. But what does it mean for employers when writing employment contracts? David Israel explains.

The Supreme Court’s recent judgment in the case of Tillman v Egon Zehnder clarified how the courts view post-termination restrictions in employment contracts. But how should HR teams proceed when drawing up terms?

What was the case about?

In 2004, Ms Tillman joined Egon Zehnder, a recruitment firm. She was seen as a high flier, received promotions and in 2012 was its joint head of its financial services division.

In January 2017, Ms Tillman left Egon Zehnder and shortly afterwards informed them that she intended to join another recruitment company in May 2017. She accepted that she would comply with the various restrictions preventing her from dealing with clients and poaching employees, but argued that the restriction preventing her from joining a competitor was too wide and unenforceable.

Egon Zehnder did not take immediate action against Ms Tillman, but instead waited until April 2017 to apply for an injunction to uphold the non-compete clause, which was initially granted in the High Court, only to be overturned in the Court of Appeal in July 2017.

The restriction in question said that Ms Tillman should not for a period of six months following the end of her employment:

“directly or indirectly engage or be concerned or interested in any business carried on in competition with any of the businesses of the Company or any Group Company which were carried on at the Termination Date or during the period of 12 months prior to that date and with which you were materially concerned during such period.”

By the time the injunction was heard in the High Court, the debate on the clause had boiled down to one point, namely what did “or interested in” mean. Ms Tillman argued that it prevented her from holding any shareholding in a competitor and thus unreasonable, whereas Egon Zehnder argued that it did not, but if it did, that the offending wording would be struck out.

The case turned on whether the court could use the ‘blue pencil test’. The blue pencil test allows a court to strike out offending words in a clause, provided the remaining clause is makes sense and it does not changed or widen the restriction.

The Supreme Court has now ruled that the blue pencil test can be used in relation to the words “interested in”, which had they remained would have prevented someone from holding shares, even if that had only been one share in a competing company.

As the Supreme Court said:
“….First, the words “or interested” are capable of being removed from the non-competition covenant without the need to add to or modify the wording of the remainder. And, second, removal of the prohibition against her being “interested” would not generate any major change in the overall effect of the restraints…”

The Supreme Court did add a word of caution though, saying that the courts “….must continue to adopt a cautious approach to the severance of post-employment restraints….”. So, while the blue pencil test can be used, it will not always be appropriate for the court to do so.

The term “interested in” should now be used far more cautiously, as a prohibition on holding any shareholding is simply not going to wash with the courts.

The Supreme Court did comment that it would not be surprising if a company would want to prevent an ex employee from holding a certain shareholding that would allow the ex-employee to have control or influence over the competing company. If it is the case that a shareholding over a certain percentage is not to be allowed, then the company needs to say so.

The value of including a ‘severability’ clause, namely a provision that allows any offending words to be struck out without affecting the validity of the balance, is also all the stronger.

The Supreme Court did though add a word of caution about its use, which takes us to the nub of it – companies should seek to get the wording of any restrictions correct in the first place.

The investment of time in tailoring post termination restrictions to the individual is invaluable, as is the updating of such restrictions as individuals are promoted. Do not rely on the court having to correct your drafting at a later stage.

What is also interesting is the court’s reference to the clause in Ms Tillman’s contract that acknowledges that the restrictions “… were fair, reasonable and necessary to protect the goodwill and interests of the company…”. While the court used this clause in support of a separate point, it certainly did not attack that wording as superfluous. It therefore would appear wise to include such a confirmatory statement in any contract of employment.

On looking at the reasonableness of non-compete clauses, these have always been the hardest restrictions to enforce.

In saying this, the Supreme Court did leave the door very much open to such clauses, stating that “High-ranking employees can do particular damage to the legitimate interests of their employers following termination of their employment and it may be that, when they enter into their post-employment covenants, they are able to negotiate with their employers on nearly an equal footing”.

Finally, it was not all good news for Egon Zehnder. Their reliance upon the court’s ability to severe words in a restriction was described as “legal litter” which “cast an unfair burden on others to clear them up”. As the Judgment said, “…. In my view the company should win … but there might be a sting in the tail”.

The moral of the story – take the time to draft the restrictions correctly, as a failure to do so may prove costly in the end.