By Ashleigh Webber on 24 May 2019 in Sickness absence management, Occupational Health, Wellbeing and health promotion 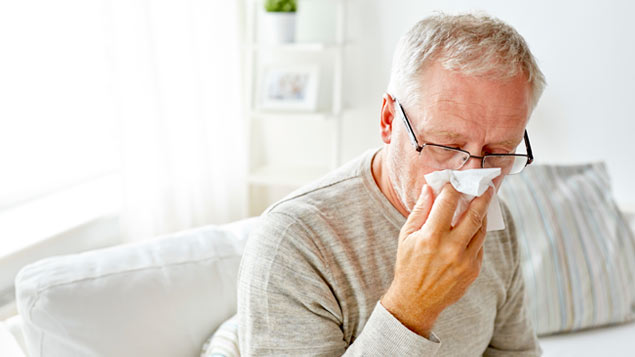 The flu vaccination should be promoted as a positive lifestyle choice in order to increase uptake, especially among older workers, a report has suggested.

The World Health Organization’s target for rates of influenza vaccination among older people is 75%. However, only a handful of countries have met this target in recent years, with “vaccine hesitancy” one of the most common reasons behind the lack of uptake, according to the think-tank The International Longevity Centre-UK (ILC-UK).

NHS set to get tough on flu vaccination of frontline staff

Between 2005 and 2015, the average rate of flu vaccination among people aged 65 and over decreased from 49% to 43% across the 36 countries in the Organisation for Economic Co-operation and Development.

According to ILC-UK, which undertook qualitative research of 48 people aged 60 and over as part of its Under the skin report, vaccinations are usually associated with childhood and earlier stages of life rather than something that people of all ages can benefit from.

While some respondents were aware of the vaccines aimed at older people, such as flu and shingles, many thought of adult immunisation only in the context of boosters or travel vaccinations.

People were also unsure about the links between ageing and vulnerability to disease. Some believed vaccines compromised their immune system and increased the likelihood of catching an illness.

Dan Holden, a senior research fellow at ILC-UK, said the messaging around seasonal flu vaccination needs to be reframed so it is seen as a “positive lifestyle choice” like “taking vitamins or going for a walk”.

“Healthcare professionals and the media play a key role in this space, but we are all responsible to communicate positive messages about vaccination within our families, our friends, as well as the wider community,” he added.

Jane Barratt, secretary general at the International Federation on Ageing, said: “Dispelling myths around adult vaccines is a key to improving uptake rates.

“Healthy older people are at-risk of vaccine preventable diseases such as influenza and pneumonia. It really hits home though when these infections prevent us from being grandparents, volunteers and contributing members of the society.”

Last winter saw more than 2,000 admitted to hospital for critical care after a particularly severe strain of the flu virus swept the UK.

The flu vaccination has also been seen as a tool to increase productivity, with ILC-UK suggesting last year that it could save up to £28.9m in averted sick day costs.

One Response to Promote flu vaccination as a ‘positive lifestyle choice’