By Adam McCulloch on 24 May 2019 in Pregnancy and maternity discrimination, Latest News, Maternity & paternity 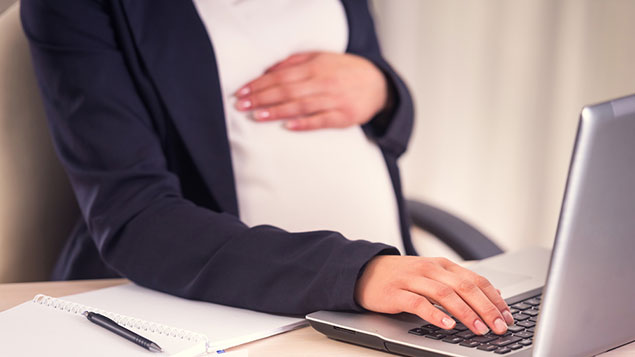 A woman has won a claim of unfair dismissal and discrimination after an employment judge ruled the treatment she received on telling her employer she was pregnant amounted to discrimination and harassment as defined in section 26 of the Equality Act 2010.

After three weeks, on 6 December, she told her manager that she was pregnant. Soon after that, Walker told East London Hearing Centre, the firm’s commercial and financial directors, married couple Steve and Adele Rees, changed their attitude towards her. “It was clear neither of them wanted to talk to me,” she said.

Mrs Rees asked Walker whether she had been trying for a baby, marking the beginning of her awareness of her new employer’s negative perception of her pregnancy.

Walker told her employer that she had been trying to get pregnant before taking the role but had then stopped, alleging that Mrs Rees responded by saying: “Oh well, shit happens, it’s a new life,” which Mrs Rees denies.

The tribunal noted: “Mrs Rees had already congratulated her on the pregnancy. Mrs Rees gave her oral evidence in a highly emotive, often angry, and hyperbolic way; we are satisfied that she is more likely than not to have made such an ‘over the top’ remark.”

A few days later, Walker attended a meeting with her managers, one of whom, a Mr Grant, conceded to the tribunal that it could have been understood by Walker that Arco believed her to have known she was pregnant and taken the job anyway. The managers did not know what the firm’s statutory obligations were. Walker later told Mr Grant in a message that she was upset after the meeting and that she would not have taken a job for maternity pay.

The judge ruled that the two-year qualifying period in section 94 of the Equality Act did not apply as the reason for Walker’s constructive dismissal on 13 December 2017 was pregnancy, which is automatically an unfair reason as set out in the Employment Rights Act 1996.