Sharps practice in occupational health – what you need to know 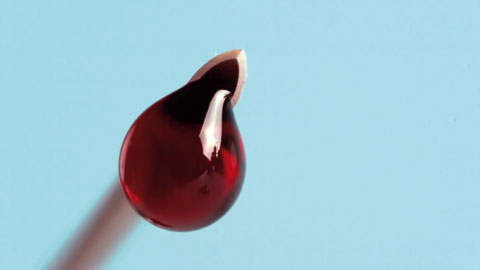 Within OH practice, sharps are used for many reasons. Vaccinations are given as a control measure against the risk of infectious diseases – whether for travel, for those who may be exposed to body fluids as part of their work or because their work predisposes them to a particular infections, as in the case of welders and pneumococcal diseases (Romano-Woodward, 2011; Department of Health (DH), 2012).

Flu vaccination may be offered to healthy individuals in an attempt to reduce sickness absence or to protect others who are vulnerable (Health Protection Agency (HPA), 2012). Lancet-type devices may be used for cholesterol determination as part of a health promotion initiative. Health surveillance may involve venepuncture to obtain blood for measurement of levels of lead, cadmium, polychlorinated biphenyls or bromide levels to measure methyl bromide exposure.

Biological-effect monitoring includes the measurement of early biological effects caused by the absorption of a chemical – such as plasma and erythrocyte cholinesterase activity – in those working with organophosphorus pesticides (Health and Safety Executive (HSE), 1997).

Venepuncture is undertaken to demonstrate seroconversion after vaccination or to test for blood-borne viruses following body-fluids accidents (DH, 2010).

It is important that the procedures undertaken consider the safety of both the patient or client and the healthcare worker. Ensuring appropriate hand washing and the use of hand rubs, gels or wipes, as well as cleaning the injection site before breaching the skin, contribute to the patient’s safety. The safe use of sharps and their disposal is essential for the protection of healthcare workers and others involved in waste disposal.

Employers and employees have obligations under the Health and Safety at Work Act 1974. This legislation covers the way people undertake their business, including a duty not to do anything that would put others at risk. As part of the Management of Health and Safety at Work Regulations 1999, risk assessments have to be undertaken to ensure effective planning, control, organisation and monitoring of protective measures that have been put in place.

“The safe use of sharps and their disposal is essential for the protection of healthcare workers and others involved in waste disposal.”

Under the Control of Substances Hazardous to Health Regulations 1999, there is an obligation on employers to prevent exposure to microbiological hazards or to introduce control measures in order to minimise the release of biological agents.

This might include vaccination against pathogens where these are available. It will include safe systems of work and processes for the collection, storage and disposal of contaminated waste and engineering controls (HSE, 2002).

In 2012, the National Institute for Health and Clinical Excellence (NICE) produced guidance on these topics in its publication “Infection: Prevention and control of healthcare-associated infections in primary and community care”.

The NICE guidance discusses hand decontamination in the community, where running water may not be available. OH professionals often work in places where they have to undertake procedures without the usual clinical facilities. Alternative methods of hand cleaning include the use of hand rubs, gels and wipes.

NICE concluded that a randomised controlled trial was required to compare the efficacy of the different methods of hand cleaning. It advises that hand decontamination should be undertaken immediately before and after every episode of patient contact or care, after exposure to body fluids, after removing gloves and after contact with a patient’s surroundings that could potentially result in the hand becoming contaminated.

The Royal College of Nursing (RCN) also provides guidance on the prevention of dermatitis in its 2012 publication “Tools of the trade: RCN guidance for healthcare staff on glove use and the prevention of contact dermatitis”. This includes appendices on the World Health Organisation’s (WHO) Five moments for hand hygiene.

There is clear evidence from guidance document “The Green Book” (DH, 2012) that swabbing the patient’s skin with alcohol before immunisation is not required if the skin is clean. Only visibly dirty skin needs to be washed with soap and water. There is some controversy about whether cleansing of the site prior to venepuncture is necessary.

However, thorough cleansing with some agent is recommended, such as by using an alcohol wipe for at least 30 seconds and allowing to air dry. This reduces contamination of samples and the risk of skin pathogens entering the circulation. (Higgins, 2004; Scales, 2008).

The RCN covers glove use in healthcare workers in-depth in its “Tools of the trade” guidance. It describes the selection of gloves depending upon the hazard to be protected against and the European standards that apply.

Appendix three contains information from the WHO about the type of gloves required and whether gloves are indicated or not. Gloves are not required if there is no potential exposure to blood, body fluids or contaminated environments – for example, performing subcutaneous or intramuscular injections. For direct patient contact where there is risk of exposure to blood and body fluids – as in venepuncture – then examination gloves are recommended (RCN, 2012; NICE, 2012).

Inoculation injuries can be a problem for healthcare workers. If the source of the infection is not known, or the individual declines to allow testing for blood-borne viruses, there is a wait of approximately six months until it can be assumed that the affected healthcare worker has not become infected.

“NICE advises that hand decontamination should be undertaken immediately before and after every episode of patient contact or care, after exposure to body fluids, after removing gloves and after contact with a patient’s surroundings that could potentially result in the hand becoming contaminated.”

During this time, the healthcare worker is advised to practice safe sex in order to prevent the possible transmission of viruses to partners. For some, post-exposure prophylaxis (PEP) is started and taken for 28 days. This can have significant side effects that make it difficult to carry out normal work activities.

A useful overview of what to do after such an injury can be found at Patient.co.uk, in a Patient Plus article designed for healthcare professionals. This recommends testing for pregnancy in women at the time of the accident.

In a study at South Glasgow Universities NHS Trust between April 1999 and March 2000, the nature of needlestick injuries was examined. Injuries that occurred during a clinical procedure accounted for 24% of the total, while those that occurred after the procedure but before disposal accounted for 48%. This includes injuries that involved collision with a HWC/sharp, were disposal-related, or happened during cleaning up or recapping.

Injuries occurring after disposal – for example, from concealed sharps – accounted for 28% of the incidents. The study found that it should be possible to eliminate the last two categories completely if correct procedures are followed (NHS Scotland, 2001). Consideration was also given in this document to the use of safer devices.

Safe systems of work include a prohibition of re-sheathing needles and the provision of point-of-use sharps bins, preferably within arm’s reach of the user (NICE, 2012).

Engineering controls range from the use of puncture and fluid-resistant sharps bins to devices that render the sharp safe immediately after use.

In the US, legislation requiring the use of safety-engineered devices for injection devices, vascular access and blood-drawing tools was introduced in 2000. This means there must now be a fixed safety feature to provide a barrier between the hands and the needle after use, and this feature should allow or require the hands to remain behind the needle at all times.

The safety feature should be an integral part of the device and not an accessory; it should be in effect before disassembly and remain in effect after disposal to protect users and rubbish handlers, and for environmental safety. It should be simple and require little or no training to be used effectively.

In 2010, a European Union (EU) Directive was introduced to prevent injuries and blood-borne infections to healthcare workers from sharps. Under the new Directive, member states have until 11 May 2013 to ensure provisions have been implemented in national legislation.

The HSE has produced guidance on the Directive (HSE, 2012a). This has also led to work by various organisations, including the HSE, on evaluating safer devices. An excellent overview has been provided by the RCN in “Sharps safety” (2011). Appendix seven has a two-page checklist for safety reps that could be used by OH services to reflect on progress of implementation in their departments and highlight action points.

The principle behind safety devices is that once they have been used, there is a mechanism that renders the sharp safe so that it cannot cause injury.

“The principle behind safety devices is that once they have been used, there is a mechanism that renders the sharp safe so that it cannot cause injury.”

An evaluation of sharp safety devices has been undertaken in Wales and some of those that were trialled are explained below (Ford and Phillips, 2011a and b).

Needle-less connector systems are used for intravenous lines, but there are also devices that can be used to mix drugs or vaccines. The Baxject II allows the contents of two rubber-topped vials to be mixed and withdrawn into a syringe without the use of a needle. This might be useful for mixing vaccines if the diluent is in a rubber-topped vial (Baxter, 2012).

Protective sheaths are used on needles, and usually slide along the needle when withdrawn or are hinged on the syringe. One example used in venepuncture is the BD Vacutainer Eclipse, which comes with either needles or collection tubes, or an integral needle and sheath (BD, 2012). The Magellan needle shield is folded at the base of the needle and then slides up to cover the tip. Needles with sheaths can be used for vaccinations.

Retractable needle/syringe combinations, such as the BD Integra syringe (BD, 2012), allow the needle to retract back into the device after use.

There are also self-blunting cannulae, where a blunt cannula seated inside a phlebotomy needle is advanced beyond the needle tip before the needle is withdrawn from the vein.

Although safety devices exist and are used in many parts of the world, accidents still happen. This may be due to device failure, but also because of a reluctance of users to activate the device.

There is still work to be done, and if an OH service is considering the use of engineered devices there is guidance on how to undertake an evaluation in a clinical situation (Ford, 2008).

Should an inoculation injury occur, it must be reported under RIDDOR – depending on the circumstances. However, reporting an incident under RIDDOR is not an admission of liability. Most injuries – including needlestick injuries – produce little disruption to tissues, but an accident with a scalpel during surgery might result in a nurse or doctor not being able to perform their usual role. Below are the most important points to remember:

Department of Health (2010). “The Health and Social Care Act 2008: Code of practice on the prevention and control of infections and related guidance”. pp.36-37.

Department of Health (2012). Update to The Green Book, chapter 25: Pneumococcal.

Health and Safety Executive (1997). “Biological monitoring in the workplace: A guide to its practical application to chemical exposure”.

Health and Safety Executive (2012a). EU Directive to prevent injuries and infections to healthcare workers from sharp objects such as needlesticks.

Health and Safety Executive (2012b). An evaluation of the efficacy of safer sharps devices.

National Institute for Health and Clinical Excellence (2012). Infection: Prevention and control of healthcare-associated infections in primary and community care.

Royal College of Nursing (2012). Tools of the trade: RCN guidance for healthcare staff on glove use and the prevention of contact dermatitis.