Airline pilot was unfairly dismissed over fear of flying

By Adam McCulloch on 12 Nov 2018 in Latest News, Employment tribunals 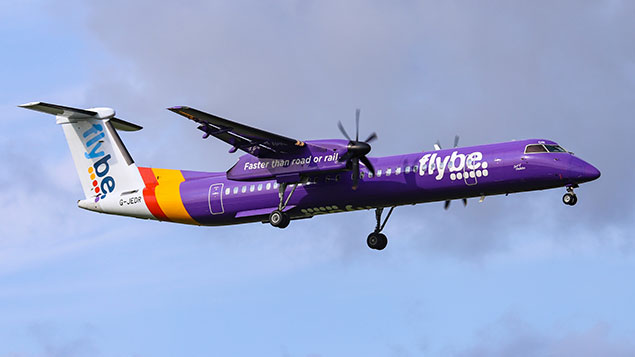 A Flybe Dash 8 Q400 aircraft, like the one flown by pilot Matthew Guest for several years. Photo: Shutterstock

A Flybe pilot who lost his job in 2017 after he developed a fear of flying has won an unfair dismissal claim at an employment tribunal.

First officer Matthew Guest, who was based in Birmingham, had been flying with the airline for seven years when he began to suffer anxiety after being promoted and switching aircraft type in 2014.

What are the qualifying conditions required for an employee to bring a claim of unfair dismissal?

An employment judge ruled that Guest should have been offered an alternative role and given the opportunity to discuss his position with senior managers at the regional airline.

Guest began to feel dizzy and nauseous in the cockpit of a flight to Florence in December 2014 after he had been moved from flying Bombardier Dash 8 turboprops to Embraer 175 and 195 “Ejets”, which typically fly longer routes. He soon started to feel a feeling of dread when driving to the airport prior to flying.

Immediately before one flight he told the aircraft’s captain he did not feel well enough to fly.

Guest’s medical certificate permitting him to fly was temporarily suspended after his GP wrote to his superiors saying he had “developed an increasing phobia and anxiety about long-distance flights and being trapped on the aeroplane.”

He was signed off with anxiety and, after counselling, returned to work in April 2016 after the Civil Aviation Authority had reinstated his certificate.

However, despite cognitive behavioural therapy sessions, extra training and reduced hours, Guest soon began experiencing problems again – after an initial few symptom-free flights that had led him to think he was cured – and in June 2016 he called in sick when due to fly to the Greek island of Kefalonia, a route he had raised concerns about with his manager, Lee Goreham.

The latter suggested, said Judge Tom Coghlin QC, ”that during the cruise phase of the journey the claimant might pass the time by reading a book or doing a crossword [as pilots often do]”.

The letter from Luke Farajallah, Flybe’s chief operating officer, sacking Guest in March 2017 stated: “The company remains concerned regarding your fitness to safely fly. Due to the uncertainty of your condition we cannot as an organisation accept the risk to safety… Flybe are not prepared to take risks in the flight deck with people’s lives.

“We are not prepared to take the risk of returning you as a pilot on the EJet or Dash 8, so we are providing you with formal notice that we intend to terminate your employment on capability grounds.” Farajallah had never spoken to Guest about his issues, however.

He had been offered a ground role as a flight safety officer at Exeter airport but was told there was no possibility of returning to flying if he accepted the job.

Birmingham employment tribunal judge Coghlin said: “It is a basic principle of natural justice and of fairness that an employee should have the chance to address the relevant decision-maker [Farajallah]. Here, the claimant had no such opportunity.”

He added that Flybe could have allowed him to return to flying Dash-8 aircraft which he had flown safely for many years, or offered to let him fly accompanied by an additional pilot for a period.

Coghlin concluded that had Flybe followed the correct procedure there was a two-thirds chance the airline would have sacked him fairly.

Guest, a father of two, is seeking reinstatement with Flybe as his remedy for unfair dismissal; if the airline does not agree this, a judge will rule on the issue later this month.

James Medhurst, employment lawyer at Fieldfisher said: “The lesson for employers is that it is important to follow a proper procedure even in a case where the outcome seems obvious.

“The fact that the employment tribunal reduced compensation by two thirds shows that it had a great deal of sympathy for the airline in this case, but it still felt compelled to find the dismissal unfair because the employee had not even been given the opportunity to meet with the decision maker.

“Employers are expected to show that they are willing to explore all of the alternatives to dismissal, even when the chances of avoiding the dismissal appear to be remote.”