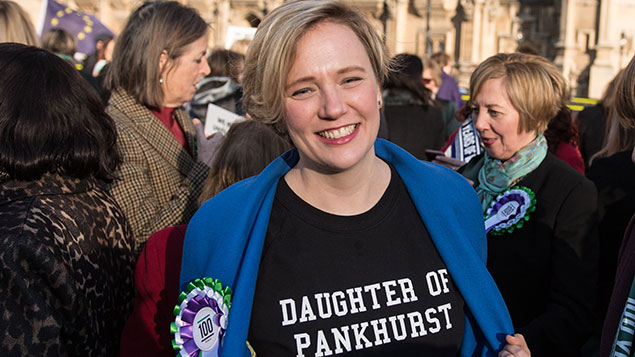 On Equal Pay Day, Labour MP Stella Creasy sent out invitations for a party to mark the end of the gender pay gap - in 2235
James Gourley/REX/Shutterstock

Three-quarters of hiring managers think the gender pay gap could be reduced if interviewees were not asked to disclose their salary, according to research from recruitment company Major Players.

Podcast: Gender pay gap reporting – what we have learnt so far

Responding to its annual salary survey of the creative, design and technology industries, almost a quarter of managers had already faced a situation where a candidate had refused to disclose their previous salary, and 43% said they’d be happy to stop requesting this information at interview.

Seventy-three percent of men and 73% of women who responded felt there was a gender pay gap in their sector. This was most marked in advertising, media, creative and marketing companies.

One female candidate who was offered a job through Major Players received £10,000 more than their current role after the agency declined to reveal her salary.

Another candidate remarked that salary questions should be irrelevant, commenting: “Good hiring managers should be able to judge a candidate’s ability and value by more relevant questions.”

Major Players’ research comes just two days after Equal Pay Day, the day when women effectively stop earning relative to men and work for free until the end of the year.

To mark the day (on 10 November), Labour MP Stella Creasy sent out invitations for a party to celebrate the date when the World Economic Forum estimates the gender pay gap will be closed – in 2235.

A similar survey about salary disclosure by the Young Women’s Trust found that 42% of employers did not provide any role-specific salary information in their recruitment advertising – leaving candidates to negotiate for themselves.

She said: “Such notions might create even greater inequalities as women who internalise beliefs of lower competence might experience stress and anxiety at work, which fulfils the stereotype of lower performance and further widens the gender pay gap.

“Undervaluing women’s work also makes it harder for them to assert their value in the workplace and negotiate higher salaries. Women rarely initiate negotiations and even when they do, they routinely negotiate lower salaries and less desirable employment conditions than males.”

She added: “Research evidence has supported the persistence of a pay gap that favours men compared with women even when factors such as education, professional skills and experience are considered.

“Tackling the gender wage gap will require greater transparency in pay and promotion policies as well as development of workplace cultures that discourage stereotypes of lower female commitment or competence.”

Joanne Lucy-Ruming, managing director of Major Players, had this advice for candidates: “Understanding your worth is crucial to getting pay parity. Make sure you are educated on what market average is for your role, skill-set and level.

“If you feel you aren’t being paid equally in your current employer, question it, ask for pay transparency.

“Not disclosing your current salary is a big step forward in demanding pay parity and earning your worth. When applying for a new role outline your salary expectations – based on the research carried out in your industry.

“Beyond that, partner with recruiters or find a mentor who can help you justify and benchmark your experience, these people will support and encourage you, which should give you the confidence to push back.”