In 1978, in British Home Stores v Burchell, the Employment Appeal Tribunal outlined several factors that should be considered when deciding whether dismissal for misconduct was fair or unfair. On its 40th anniversary, Fieldfisher’s James Medhurst discusses why the case remains relevant today.

Seventies fashion is best remembered for platform shoes and perms, but also growing in popularity were polychromatic sunglasses, which were transparent indoors and became darker when exposed to sunlight. The mysterious Mrs L’s desire for a pair led to a sequence of events which has received significant judicial and academic consideration, not all of it relevant to the case itself.

Misconduct dismissals: Could the long-established approach to fairness be open to question?

There are many misunderstandings about Burchell, not so much about what it says but about what it does not say. Like any legal judgment, the explanation begins by examining the facts.

Mrs L was an anonymous colleague of Miss Burchell, a shop worker whose first name is lost to history. Mrs L wanted polychromatic sunglasses and purchased a pair worth £6.99 from the branch of British Home Stores where she worked. Miss Burchell authorised the sale but the docket she signed showed that Mrs L had been charged for a cheaper pair.

In itself, that was not enough for reasonable suspicion of misconduct. But Miss Burchell admitted that she knew the true price of the sunglasses, Mrs L said there had been collusion, and there had been three similar transactions which had also given rise to suspicion. On the balance of probabilities, British Home Stores concluded that Miss Burchell was guilty of dishonesty and, on 28 October 1977, she was dismissed. 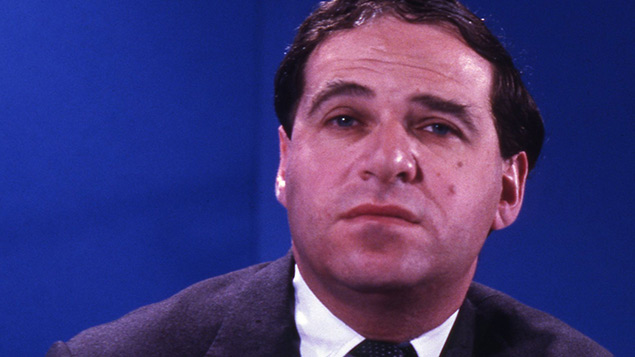 Leon Brittan MP was counsel for BHS in the case. Photo: Harris/AP/REX/Shutterstock

With a speed that seems astonishing today, the case was heard by the employment tribunal in December of the same year and by the Employment Appeal Tribunal on 20 July 1978. British Home Stores instructed Field Fisher Martineau, now Fieldfisher, which in turn instructed Leon Brittan as counsel. He was already an MP and would go on to become home secretary and a European commissioner.

The Employment Appeal Tribunal found that where misconduct is alleged, an employer must genuinely believe the employee is guilty, and must have reasonable grounds for that belief, which must have been reached following a reasonable investigation. It does not have to prove guilt to a criminal standard and it does not have to adopt a procedure akin to that of a criminal investigation.

It explained that British Home Stores could not fairly have cross-examined Mrs L when she did not have her own representation and, having formed a reasonable belief in Miss Burchell’s guilt following a reasonable investigation, it was illogical for a tribunal to expect it to have investigated further or to ask whether its decision would have changed had it done so.

There was no discussion of the question of whether dismissal was an appropriate sanction, and there was no reference to a band or range of reasonable responses. The law about these matters was decided by a different division of the Employment Appeal Tribunal in Iceland Frozen Food v Jones in 1982 and has come to be seen as part of the Burchell test but, in reality, it has nothing to do with Burchell at all.

The social media age has been a boon and a burden for investigators. There is more evidence to consider than ever before, which is helpful for the fortunate few with unlimited resources, but less so for everybody else.”

The world has changed a lot since 1978. British Home Stores is sadly no more, having closed in 2016, while Fieldfisher has grown from a tiny office in Holborn to a European firm spanning 20 cities. But the biggest change has been the emergence of electronic communication. In 1978, the internet was a twinkle in the eye of Tim Berners-Lee, beginning an engineering career in Dorset, and there were still no networks to support the early and expensive mobile phones.

The social media age has been a boon and a burden for investigators. There is more evidence to consider than ever before, which is helpful for the fortunate few with unlimited resources, but less so for everybody else. As the Crown Prosecution Service has discovered, forensic investigations cannot be funded using austerity budgets. Without a criminal standard to prove, it is sensible that employers can draw a line when they reasonably conclude that they have done enough.

Unfair dismissal law could change dramatically in new few years. The Supreme Court has granted permission to appeal in Royal Mail v Jhuti, which could expand the vicarious liability of employers for employees who are not decision-makers, and in Reilly v Sandwell Metropolitan Borough Council, it invited a challenge to the “extravagant view” taken by some of the reach of Burchell. However, the unextravagant core of Burchell itself is likely to remain good law for many years to come.

James is a solicitor at Fieldfisher, specialising in employment tribunal litigation, employment tax, and the TUPE aspects of outsourcing and corporate M&A.

Employment tribunal: use of word ‘bald’ can amount...